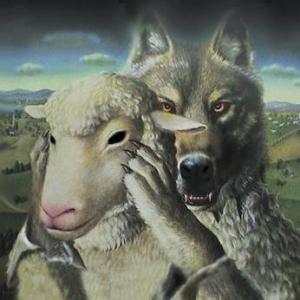 The modern age has sometimes, strangely enough, been called the Age of Mary both by religious and non-religious sources. For instance, a Time cover story on Mary reported in December 1991 that "A grass-roots revival of faith in the Virgin is taking place worldwide. Millions of worshippers are flocking to her shrines, many of them young people. Even more remarkable are the number of claimed sightings of the Virgin."

Appearances of Mary are reported from all over the world, often from credible sources. The messages coming from these reported appearances are generally consistent with each other and simply repeat the Gospel themes of conversion, repentance, fasting and prayer.

In addition to this recovery of Mary at the grassroots, there have been at least three other significant developments in the area of Marian doctrine and devotion: non-polemical studies of the New Testament, the formation of ecumenical groups and the pilgrimage to historic Christianity undertaken by many Fundamentalists and Evangelicals.

The focus on "neutral" New Testament studies has brought about collaboration between Liberal and conservative biblical scholars, both Protestant and Catholic, in the evaluation of Mary in the New Testament. The best known result of this joint quest was the book Mary in the New Testament written by a team of Catholic and mainline Protestant scholars. The most notable Anglican contribution is the book The Blessed Virgin Mary. A conference of Anglican and Eastern Orthodox theologians resulted in the important work The Mother of God. Other ecumenical investigations into Marian doctrine include a series of conferences between Catholic and Lutheran scholars that resulted in the book The One Mediator, The Saints and Mary. The Ecumenical Society for the Blessed Virgin Mary has published a number of books of dialogue including Mary's Place in Christian Dialogue, Mary and the Churches and Mary in Doctrine and Devotion. Meanwhile exegetes like Ignace de la Potterie, Aristide Serra and Rene Laurentin have been providing us with major new insights into the role of Mary in both the Old and the New Testaments.

Paradoxically, some of the most important expositions of Marian doctrine in this century have come to us from Protestant scholars from a variety of denominations. Mary does not belong to any church or denomination. She is the mother of those who "have the testimony of Jesus Christ". Here we will present some brief statements on Mary from various Protestant and Anglican thinkers:

The relation of Mary to the Church is (as the modern logicians would say) the relative product of two more fundamental relations. The first of these is Mary's relation to her Son; he is still man and she is still his mother. The second is his relation to us and to the Church; we are his members and the Church is his body. Therefore Mary is our mother and we are her children by adoption into her Son. This is not an exuberance of devotion but a fact of theology.1

A genuinely personal and biblical view [sees each human being] as made in the image of God and destined for God, a being still capable of responding to God and of serving God in the work of building up the creation. This hopeful view of the human race is personified and enshrined in Mary.2

I believe that just as we may see in the theological life of the Virgin Mary, as the Scriptures describe her, a model of justification by faith so we may view the beginning and the end of her story which later traditions, held in different ways by Eastern Orthodox and Roman Catholic have added on to the scriptural deposit, not a distortion from it, but as congruent with it and so as legitimate extensions.3

It does seem clear that the first-century people who put together the four gospels found that they could not do justice to the mixture of the divine and human in Jesus without saying some very remarkable things about his mother. Their minds were continually drawn to her. Because they felt that to Jesus was given the name that is above every other name, these early Christians sensed an extraordinary mystery about her. They knew as well as we do that the influence of a mother over a child is absolutely incalculable for good or ill. If Jesus was who they thought he was, then who was she?

The earliest Christian communities did not stay long in this realm of question and mystery. Very soon they found themselves surrounding Mary's memory and her presence in the communion of saints with a unique love and thankfulness. Nowadays the birth and infancy narratives, dated in the first century by scholars, are seen as a kind of paean of praise to God and to Mary for Jesus. Since then there has poured through the life of the Christian church an amazing flood of gratitude and love for her whose existence was the slender thread on which, for believers, hangs so much of life's joy and meaning.4

The place of Mary must be understood not only in the unfolding dialogue of the Church with traditions, confessions and dogmatics but in relation to the unfolding of piety with its affective and actional affirmations of faith.

In the joyful celebration of what God has done through the Virgin Mary, we come back into contact with affective dimensions of faith that have been blunted by modernity. Mary in her femininity expresses those dimensions of faith that have been lost in a male dominated piety. Mary as the Mother opens the emotionally profound realm of family life and home to divine renewal by being the faithful mother. Mary in the communion of saints points all saints to that obedience that is the true measure of faith with her words, 'Do whatever he tells you' (John 2:5). Mary in all these aspects is not the substitute for Christ, she is the bearer of Christ in this time, just as she was in first century Palestine. Mary is a continuing witness to the mystery of that intertwining of divine initiative and human response out of which redemption is formed. When this mystery is no longer contemplated, where her openness to God does not nourish and enlarge our openness to God, faith in her Son wanes. Mary in her virginity is not simply the protection of the confession vere Deus vere homo as an intellectual formula but as an affective reality for faith. She is the eternal Bearer of Christ.

In the Virgin Mary, we hear the needed word of truth. God has taken the initiative for human salvation. It is not our doing but his gift. Yet it is a gift that has entered our time and place. Mary Virgin is the continuing witness to the divine initiative while Mary Mother makes of this divine initiative a flesh and blood fact in our lives. Mary is God's 'No' to the secular religion of human apotheosis. She received by the Holy Spirit the gift of the salvation that no human power could create. As such she is the living expression of sola gratia. She is the prototype of every believer. Her, 'Yes' to God's call is the opening of the way to salvation. So we join in saying, 'Blessed are you among women and blessed is the fruit of your womb.' But this is not a fact sealed off in the first century. She still stands before us, through the witness of Scripture, in the power of the Spirit as the Mother who bears and protects her Son. Just as in her womb, and in her home she bore and protected her Son from the forces of a despising society and a murderous king, she now bears and protects the mystery of his being in our midst. Without her the redemptive mystery of her Son is lost. With her it is received with joy.5

Luther referred to Mary as "God's workshop" and went on to say, "As the Mother of God, she is raised above the whole of humankind" and "has no equal". Contrast this with the modern Protestant attitude that criticizes Marian devotion in the belief that it detracts from the central and unique place Christ occupies in human salvation and you begin to get a picture of the current crisis of division.

What Protestants have had difficulty understanding are the intentions of Catholic teachings about Mary. In the Immaculate Conception and the Assumption teachings it has not been the intention of the Catholic Church to elevate the Blessed Virgin Mary to deity status but rather to show her as the shining model of genuinely Christian hope. It is the hope for all humankind. Such a rereading and enlightened understanding on the part of the Protestant community will help to refocus the attention of the entire Christian world on Mary, not as a point of division, but as the real bridge to unity for us all.6

Martin Luther Was A Mary Worshipper!

Do you know for sure that if you died today, you would go to Heaven? You can know!

The Dangers of Ecumenism