Ephesians 5:11-13, “And have no fellowship with the unfruitful works of darkness, but rather reprove them. For it is a shame even to speak of those things which are done of them in secret. But all things that are reproved are made manifest by the light: for whatsoever doth make manifest is light.” ~King James Bible

As Freemasonry is an occult, i.e.,  secret society, it is difficult to maintain a current list, as many masons remain 'in the closet.' Freemasons redefine the God of the Bible into their own false god. Freemasons claim that they don't really know who God is, so they simply address Him as The Great Architect. In sharp contrast, the Bible defines God as Jesus Christ, the Godhead incarnate (John 1:1-3,14; John 10:33; 1st Timothy 3:16; Colossians 2:9).

Leaders and Founders of Satanic Cults

Freemasonry is a Jewish Sex Cult

Freemasonry, Judaism, Communism, Kaballah and Mormonism are all Demonic Sex Perverted Cults! Freemasonry and Mormonism are rooted in Jewish Kaballah, an esoteric religion of black magic. Judaism is based upon Kaballah and the Talmud (which permits Jewish priests to have sex with 3-year old girls). Mormonism is a sex-sicko cult, rooted in Jewish Kaballah. Freemasonry's primary symbol is the square and compass, representative of the male and female sex organs and shows the act of sexual intercourse. Mormonism founder, Joseph Smith was a 33rd degree Freemasonry. 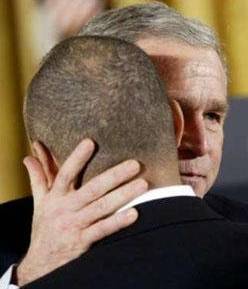 Washington D.C. has been in the news repeatedly for sex-abuse at the White House. Presidents Reagan, Bush Sr., Bush Jr. .. all busted for bringing male escorts into the White House. Even worse were the tragic reports of pederasty, little boys from Nebraska BOY'S TOWN being flown to Washington D.C. to be sexually molested by Presidents Reagan and Bush Sr. at the White House. All of these men are members of the demonic Bohemian Grove cult in California, a group notorious for homosexuality. Truth is stranger than fiction. The global elite are notorious for pedophilia, child sacrifice and Luciferian worship.

Infamous Satanist, Aleister Crowley is the father of First Lady Barbara Bush (wife of President George H. Bush). All of these presidents are also high level Freemasons. Bush Jr. and Sr. are members of the homosexual cult, Skull and Bones. Homosexuality is a common denominator amongst the world elite, as a means of total debasement of all moral consciousness. No one is allowed into the inner group who does not perform acts of homosexuality as rite of initiation. To be born-again into the Order Of Death (official name of Skull and Bones), initiates must lay naked in coffins and performs unspeakable sex acts, selling their souls to Satan.

As bizarre as all this is to learn, it is easier to grasp the truth if you always keep in mind that Satan is the god of this evil world (2nd Corinthians 4:4). Freemasonry is the common denominator in everything evil behind the New World Order (NWO), for they are its architects. Satan is THE GREAT ARCHITECT of the NWO.

Hollywood is owned by the Jewish elite. Hollywood is notorious for sexual immorality, homosexual actors and blasphemy against Jesus Christ. The American mainstream newsmedia is also owned and controlled by the Jewish elite. So also are all of the social networking websites; including: Google, Facebook, Wikipedia, Yahoo!, MySpace, eBay and others. These are all Jewish owned, controlled and censored. Search the internet for “The Jewish hand behind internet.” Freemasonry is behind nearly all mainstream religions in America. Zionism is of the Devil. Obama Rothschilds Choice - America's Jewish President.

You wouldn't believe the things going on in the world. Bizarre things are nothing new, history is filled with shocking truths. I just learned the other day that the legendary Grecian general, Alexander The Great was a homosexual. The famous philosopher, Socrates was a pederast. Hitler's military was filled with homosexuals. On December 31, 2011 President Barack Obama signed the NDAA, permitting the U.S. military to have sex with animals. Woe unto America!

Even so, come, Lord Jesus!

No Christian Ought Become A Freemason, But Men Good Men Do

Albert Pike addressing the 23 Supreme Councils of the world on July 14, 1889: “To you, Sovereign Grand Instructors General, we say this, that you may repeat it to the Brethren of the 32nd, 31st and 30th degrees: “the Masonic Religion should be, by all of us initiates of the high degrees,  maintained in the purity of the Luciferian Doctrine . . .” It is said that only two U.S. Presidents: Abraham Lincoln and John Kennedy, were not either Masons or elite members of affiliated bodies. 2nd Corinthians 4:4, “In whom the god of this world hath blinded the minds of them which believe not, lest the light of the glorious gospel of Christ, who is the image of God, should shine unto them.”

Whereas a man's days are numbered on earth, the Devil lives on from generation to generation, which gives him the advantage with time on his side. One generation of occultists grow old and die, and another generation of youth rise up to take their place, and the work of building Satan's diabolical New World Order continues, as it has since the City and Tower of Babel (Genesis 11:7-9). What God halted by confounded man's language, scattering them abroad the face of the earth, has now continued in the latter times by God's approval. The world reign of the Antichrist is foretold in Bible prophecy (Revelation 17:10-12). We are now living in the end times, in the times of the feet and toes of clay mixed with iron in Nebuchadnezzar's image. As the god of this evil world, Satan recruits ungodly men and women to worship him and do his evil bidding. Freemasonry is a part of that scheme.

It is very important to understand that Freemasonry is an organization within an organization, much like Mormonism. Nearly all lower rank members are naive, sincere and some of the best man of nobility and character. I know admirable men, whom I would trust with my life, who are devout Freemasons. These men often have an interest in Egyptian history, archaeology, and the ancient mystery religions, which explains why Sir Paul McCartney of The Beatles, a famous Freemason, is building an Egyptians museum. Paul McCartney is still a very sinful man in his 70's, and not a born-again child of God; but Paul is an amazing man of incredible personal character, musical genius, good health and a wonderful personality. Much can be learned from such a great secular man!

Nevertheless, like all Freemasons, Paul is being exploited by the Devil to further the Antichrist system. Membership as a Freemason is highly desirable for men of wealth and reputation, who as a team player receive coveted protection in many forms by the Luciferian elite. Many judges are Freemasons, ruling in favor of guilty members who are in legal trouble. Such protection would compel any normal man to want to join Freemasonry, especially men of power, wealth and influence. Albeit, as redeemed Christians our allegiance MUST always be first and foremost to our Savior! No man can become a Freemason and be completely right with God!

Two of the top names on the list below of famous (or should I say “infamous”) Freemasons is Dr. Bob Jones Sr. (founder of Bob Jones University in 1928) and Pastor George W. Truitt (first chairman of the Southern Baptist Convention). Pastor Truitt's father was also a lifelong Freemason. These were not repentant men, like William Schnoebelen, who came out from among them (2nd Corinthians 6:14-17) as they should have Biblically. They were not evil or bad men, but they were foolish to join a notoriously Luciferian cult. SHAME ON ANY CHRISTIAN MAN WHO JOINS THE CULT OF FREEMASONRY! It won't affect your salvation, but it WILL affect your walk with God.

I love something edifying that I heard Pastor Ralph “Yankee” Arnold say the other day. I was listening to his sermon titled, “1st John Made Simple,” in which Dr. Arnold says that “fellowship” is like two “fellows” in a “ship” going the same direction. I thought that was a great way to look at it. You see, when you join the Freemasons, you are joining a group of fellas who going the wrong direction, moving away from the teachings of the inspired Word of God. Is it surprising then, that the Word of God commands every believer in Ephesians 5:11, “And have no fellowship with the unfruitful works of darkness, but rather reprove them.” I am reproving Freemasonry, because it is a work of darkness. I am not saying that Freemasons don't do good deeds. They are famous for their Shiners Hospitals For Children. Albeit, Freemasons are exactly as Cain in the Old Testament book of Genesis, who did a wonderful thing in his own eyes, by offering God the best gift that he could produce from the hard work, sweat and toil of his own two hands, yet God rejected Cain's offering because it was not of faith! Freemasonry clearly does much good in society, but it cannot substitute for the Christian faith! Hell is filled right now with good people, who died in their sins without faith in Jesus Christ as their personal Savior!

At a bare minimum, a Christian man has to make horrible unscriptural vows to become a Freemason, that violates good conscience and cannot be kept without being willing to commit murder (and be murdered by drowning) and sin against God. You see my friend, to become a Freemason, a man has to agree to be buried at the ocean in the sand at low tide up to his head, so that he will die when the tide rises. This occult vow is to protect the cult, in case a member ever turns against the group. Such bizarre initiation rites are an abomination unto the Lord God of the Holy Bible! And moreover, a member of Freemasonry is strictly forbidden to pray in Jesus name at cult meetings, lest a fellow member of a different pagan faith be offended. This is why Freemasons fabricated a generic one-size-fits-all god called, “THE GREAT ARCHITECT.” Freemason's so-called “Great Architect” is none other than Lucifer, who is building modern wicked Babylon spoken of in Revelation 17:5.

Pastor Dwight L. Moody and Evangelist Charles G. Finney exposed the demonic cult of Freemasonry in their preaching for what it always has been from day one...OF THE DEVIL!!!