The Plot Against Mothers

By David J. Stewart
How the Rockefellers Engineered Women

“The hidden goal of feminism is to destroy the family, which interferes with state brainwashing of the young.”[1]

Here, as you will read for yourself, monster Henry Kissinger says that higher education and careers for women are being used as WEAPONS against having families, literally causing women to have fewer children. No wonder God said in 1st Timothy 5:14-15 that career women have TURNED ASIDE AFTER SATAN. Women are actually having less children because of prosperity. This is so tragic and sad! Here is blatant evidence of the criminal globalist's evil agenda to limit the size of families.

Henry Kissinger's suggestions on how to prevent mothers from having more children...

Some of the reasons that increasing the standard of living naturally leads to families having less children are listed below:

• Greater Urbanization. An increased standard of living usually leads to greater urbanization. When a family lives in a rural area, each child can do necessary agricultural chores and can earn more than it costs the family to raise the child. When the family moves to urban areas, children cannot work at early ages and do not make the family more prosperous, as they would in the countryside. They are perceived as a financial liability in the cities.

• Lower Infant and Child Mortality. Most developing countries do not have a national retirement plan such as Social Security. This means that most elderly people must be supported by their children. The daughter usually goes to live with her husband’s family, so the only chance for an elderly person to have income is to have a living son in his or her old age. To make sure one son survives, parents have two or three. As child mortality has declined, it has become less necessary to have several sons.

• Education of Women. Educated women begin childbearing at an older age and have fewer children overall. Better-educated women tend not to marry less-educated men so that a relatively high percentage of educated women never marry, reducing the number of potential mothers.

• Job Opportunities for Women. Employment outside the home usually is associated with smaller families. Women employed outside the home tend to have responsibilities, opportunities, and distractions which decrease factors that might otherwise lead them to have more children.

• Higher Expectations. Television and radio bring people in developing nations a knowledge of how the wealthy (especially Americans and Europeans) live and give them expectations that their living standard can become more similar to the wealthy. Many opt for the material rewards that more money brings instead of the non-material and emotional rewards of parenthood.

It's Working According to TIME Magazine

If you believe the Bible is God's Word, and you want to please God; God wants women to be mothers and to care for the home, and to stay out of trouble (not causing reproach for their husbands). So many women today are a major embarrassment to their husbands, dragging strangers into the marriage, filing for divorce, bringing evil upon the husband. God will punish such women for being fools and ruining their families. The Bible says what it says. Just because the times have changed doesn't mean that the Bible has changed. God never changes (Malachi 3:6). God's Words are as valid and applicable today as they were 2,000 years ago. 1st Timothy 5:14-15 teach motherhood...

1st Timothy 5:14-15, “I will therefore that the younger women marry, bear children, guide the house, give none occasion to the adversary to speak reproachfully. For some are already turned aside after Satan.”

"Those who want to destroy the family will continue to urge mothers to leave the home and 'become fulfilled in the workplace.'  When the mother goes into the workplace to become 'fulfilled,' or to increase the family's income, she leaves the care of the children to others.  Those who warn against such practices will continue to be scorned by the feminists and others who have a hidden agenda: they want to destroy the family."

The Attack Against The Family 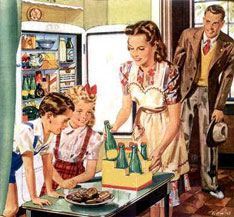