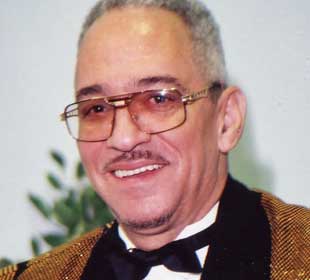 I certainly don't agree with all of Pastor Wright's theological positions, nor his use of the corrupt NIV bible; but he is 100% correct in his preaching when he proclaims...

"The government gives them the drugs, builds bigger prisons, passes a three-strike law and then wants us to sing 'God Bless America.' No, no, no, God damn America, that's in the Bible for killing innocent people," he said in a 2003 sermon. "God damn America for treating our citizens as less than human. God damn America for as long as she acts like she is God and she is supreme."

In addition to damning America, he told his congregation on the Sunday after Sept. 11, 2001 that the United States had brought on al Qaeda's attacks because of its own terrorism.

"We bombed Hiroshima, we bombed Nagasaki, and we nuked far more than the thousands in New York and the Pentagon, and we never batted an eye," Rev. Wright said in a sermon on Sept. 16, 2001.

"We have supported state terrorism against the Palestinians and black South Africans, and now we are indignant because the stuff we have done overseas is now brought right back to our own front yards. America's chickens are coming home to roost," he told his congregation.

I thank God for any preacher who tells it like it is! Would to God that more of America's pastors would wake up and start preaching the truth! Of course, 911 was irrefutably an inside job, orchestrated by criminal's within the Bush Administration with help from the Saudi Arabian Carlyle Group; but Pastor Wright's assertion's are correct that Americans have brought this upon themselves because of sin. We have become vulnerable as a nation in our apathy, ignorance and complacency. We are as sheep before the slaughter.

It is utter hypocrisy for us as Americans to sing God Bless America, when we are doing everything possible to make God angry at us! While Americans deceitfully boast of being "free," father's children are murdered against their will IN AMERICA! Freedom? I think not! Lee Greenwood wrote the famous song, God Bless The U.S.A., in which he sings... "And I’m proud to be an American, where at least I know I’m free." What are you talking about Mr. Greenwood?  Aborted children have NO FREEDOM! Fathers against the aborting of their own child have NO FREEDOM! In fact, if we take a close look at America today, our nation is largely Communist.

Some people have tried to compare pastor Wright with Martin Luther King Jr. No sir! Sadly, few Americans realize that Martin Luther King Jr. was a Communist. King denied the deity of Jesus, the virgin birth, and bodily resurrection, and was a womanizing whoremonger. King was instrumental in being used of the Devil to further the Ecumenical Movement—which is saturated with sinful compromise, wordiness and a false watered-down social gospel. The Bible is an offensive Book to this God-hating, sin-loving, Christ-rejecting world. The Bible makes no apologies and neither should we.

Only an idiot or utterly wicked person would even dare expect God to bless such a sinful nation as America. Las Vegas mocks God by calling their town "Sin City," which is found on their official Chamber of Commerce website at http://www.sincitychamberofcommerce.com. Their official slogan is "...where business is pleasure." The clear implication is sexual pleasure. The heathen website goes on to say in the section, "Sin City For Gays"...

"Gay Las Vegas.  The Sin City Chamber of Commerce is pleased to support the Gay and Lesbian Community.  We believe everyone enjoys the freedom to live the lifestyle they choose."

In lieu of such wickedness, do you think God is going to bless America? The Las Vegas—Sin City Chamber of Commerce website, mocks God, even promoting legalized prostitution at the "Chicken Ranch" and the "Wild Kat Ranch" outside of Las Vegas. The Sin City Chamber of Commerce website is decorated with serpents, serpents seducing women, and a red apple with a bite taken out of it. Thus, mocking the Biblical account of Eve being seduced by Satan; and her sinning, by eating of the forbidden fruit. The website promotes several strip joints, escort services and links to pornography. This is Las Vegas' OFFICIAL CHAMBER OF COMMERCE! Do you think God is pleased by such wickedness? No way!

God is going to damn America, and has already has, and we deserve what we get! Americans are still expressing their remorse over the 2,700 victims killed on September 11th, 2001. Since 1973, over 50,000,000 U.S. children have been MURDERED by abortion, and yet we never hear a word of remorse from the newsmedia! Whereas terrorists killed 2,700 victims on that terrible morning of 911, Abortionists have killed that many victims SINCE YESTERDAY!!!

Our churches are eerily silent! Abortion is the woeful silent American holocaust!!! Over 5,000 of America's youth have died as paid mercenaries in the ongoing nightmare in Iraq. Stop to think for a moment. In just 2-days in America on average, over 8,000 babies are murdered by abortion. That's more children killed by abortion in America in JUST 2 DAYS, than all the soldiers killed in the Iraqi War since 911. Why are America's churches silent? Pastor Jeremiah Wright is RIGHT!

Without question, God has damned America. The unanimous majority of the American people simply don't care. Consequently, thug criminals have taken over our nation, who've implemented Communist agendas for several decades now, and today we are finally witnessing the fall of the Republic. The illegal creation of the 1913 Fractional Reserve Banking System was the beginning of the end of the United States. The predatory criminal elite Banksters have bankrupted America by design. Our economy was designed to fail (and it is). Capitalism cannot work in a Police State where citizen's jobs are forcefully taken away and sent to foreign soil. Of course Americans cannot afford anymore to pay their mortgages and utility payments. It is treason!!!

It is because of America's love for sin that we have become complacent as a nation, continuing to vote for criminals in a two-party controlled evil system. We are a house-divided in the U.S.! This is all by design! By eliminating American jobs and driving down real wages by inviting tens-of-millions of illegal immigrants into the country, the Illuminati have successfully forced Americans into poverty and now they're begging for Communism (i.e., for the government to become their savior and care for them). The U.S. government has taken control over the automotive, housing, Pharmaceutical, banking, education, agricultural and health industries. We are at the mercy of thug criminals. There is no more legitimate government in the United States! It's all deceptions, lying propaganda and blatant fraud.

God has taken His hand of blessing off America, because we no longer care about standing up for what is right as a nation. Instead of giving up our wrongs, we are foolishly giving up our rights.

America: A Nation of Evil Hypocrites!