Editor's note: The following commentary is excerpted from Jack Cashill's eye-opening new book, "Hoodwinked: How Intellectual Hucksters Have Hijacked American Culture," where he shows how, over the last century, "progressive" writers and producers have been using falsehood and fraud as their primary weapons in their attack on America.

Although Planned Parenthood has tried desperately to shred the files of its founding mother, Margaret Sanger herself has left a detailed record of how she lived and how she thought. The most unimpeachable source of the former is her autobiography, written in 1938, and of the latter, her landmark book, "The Pivot of Civilization," written in 1922.

"A religion without a name was spreading over the country," Sanger enthuses about those heady days before World War I. "The converts were liberals, socialists, anarchists, revolutionists of all shades." Then living in New York, Sanger wanted part of the action.

Sanger found her own calling quite by chance. One evening, a scheduled lecturer at a meeting of socialists had to cancel, and the organizer asked Sanger to fill in. Knowing little about politics, she spoke about what she did know: health. And she made a great hit with the women present.

In 1914, Sanger launched her own publication, the Woman Rebel. Never one for subtlety, Sanger adopted the altogether revealing slogan: "No Gods. No Masters." In the first issue, the increasingly radical Sanger argued that women had a duty "to look the world in the eyes; to have an idea; to speak and act in defiance of convention." For the rest of her career, Sanger did just that.

Curiously, Sanger admits to having no great sense of compassion for the less fortunate, a seeming drawback for their would-be liberator. "I hated the wretchedness and hopelessness of the poor," she writes, "and never experienced that satisfaction in working among them that so many noble women have found."

Sanger saw the poor not as a people to be helped, but as a problem to be solved, and birth control offered the perfect solution. If "The Pivot of Civilization" is as loud and clear as a bell about this solution, "The Autobiography of Margaret Sanger" is almost entirely silent. It is not hard to understand the silence. The autobiography was published in 1938, the same year that Joseph Goebbels made the following declaration about his fellow National Socialists:

Our starting point is not the individual, and we do not subscribe to the view that one should feed the hungry, give drink to the thirsty, or clothe the naked ... Our objectives are entirely different: We must have a healthy people in order to prevail in the world.

Now consider the following declaration from Sanger's "The Pivot of Civilization," one that makes Goebbels' proclamation seem, by comparison, a model of restraint:

... the most urgent problem today is how to limit and discourage the over-fertility of the mentally and physically defective. Possibly drastic and Spartan methods may be forced upon American society if it continues complacently to encourage the chance and chaotic breeding that has resulted from our stupid, cruel sentimentalism.

Planned Parenthood is forever chastising pro-life advocates for quoting Margaret Sanger out of context, but "Pivot" is all context. Sanger posits two primary reasons why birth control is necessary. The first, the one that has endured in progressive mythology, is "the liberation of the spirit of woman and through woman of the child." The second, the one that has been cleansed from the record, is "to prevent the sexual and racial chaos into which the world has drifted."

Sanger reviews the remedies for dealing with a nation half filled with "morons" and finds them all wanting. She reserves her greatest scorn, of course, for the traditional. The Catholic Church's claim that even deformed children have souls, she argues, has had "the practical effect of making this world a vale of tears." To "open-minded" individuals – presumably, like herself – such orthodoxy appears "crude and cruel" and a "menace to civilization."

Traditional philanthropy, if anything, is crueler still. "Organized charity," writes Sanger, "itself is the symptom of a malignant social disease." By keeping so many "defectives, delinquents and dependents" alive and breeding, charity at some point becomes an injustice for the self-supporting citizen and a "positive injury to the future of the race." Indeed, students of Sanger could not have been surprised by the massive progressive indifference to the torture and death of Terri Schiavo. The seed of that indifference has been deeply planted.

Sanger's American Birth Control League and its allies had enormous influence in their day. In 1927, in a now notorious case known as Buck v. Bell, the U.S. Supreme Court accepted the state of Virginia's ruling that Carrie Buck and her infant daughter were mentally defective and thus deserving of forced sterilization.

"It is better for all the world," wrote famed progressive jurist Oliver Wendell Holmes Jr., "if instead of waiting to execute degenerate offspring for crime, or to let them starve for their imbecility, society can prevent those who are manifestly unfit from continuing their kind." Sanger could not have said it better herself.

In 1946, with the full horrors of the Holocaust revealed, the American Birth Control League quietly changed its name to the Planned Parenthood Federation of America. In a memory purge impressive even by Soviet standards, Planned Parenthood and its friends in the cultural establishment proceeded to cleanse all trace of eugenics, positive or negative, from Sanger's record.

By the time Sanger died in 1966, the cultural establishment had transformed her into the Mother Teresa of birth control. "Eugenics" does not appear among the 2,200 glowing words in that ultimate arbitrator of establishment worth, the New York Times obituary.

The Margaret Sanger that the Times reader is asked to remember is a "dynamic, titian-haired woman whose Irish ancestry also endowed her with unfailing charm and persuasive wit." The only quibble that the Times raises is that her opposition to the Catholic Church led her to oppose the election of president John F. Kennedy.

In fact, so strong was Sanger's opposition to the Church that she had threatened – a threat then novel among the elite – to leave the country if Kennedy were elected. The Times, however, offers this tidbit not as a criticism, but as proof of her tenacity. Indeed, Sanger's "years of birth-control advocacy appeared to be making an inroad in Rome" enthuses the obituary writer. What is more, a papal commission was about to propose "leaving the matter of specific birth-control techniques to the individual Catholic conscience." In short, the wonder-working Sanger was about to save the Catholic Church from its own follies.

Two years later, of course, Pope Paul VI issued the encyclical "Humanae Vitae" reaffirming the church's position in spades and revealing, even then, how the Times was passing off fantasy as news.

As a very special added bonus, when you purchase "Hoodwinked" from WorldNetDaily's online store, you can also receive – FREE – three issues of our acclaimed monthly Whistleblower magazine, which many have called the best news magazine in the world. That's a $22.50 free value! (Offer good in the U.S. only.) Watch for the free offer during checkout. END

Jack Cashill is an Emmy-award winning independent writer and producer with a Ph.D. in American Studies from Purdue. 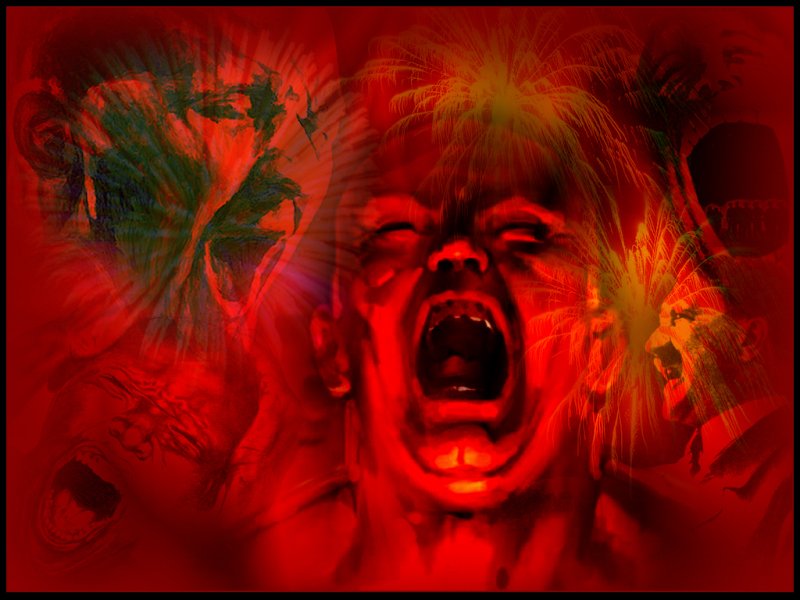