KANSAS CITY, Missouri (AP) -- Roman Catholic priests in the United States are dying from AIDS-related illnesses at a rate four times higher than the general population and the cause is often concealed on their death certificates, The Kansas City Star reported in a series of stories that started Sunday.

In the first of a three-part series, the newspaper said death certificates and interviews with experts indicated several hundred priests have died of AIDS-related illnesses since the mid-1980s and hundreds more are living with HIV, the virus that causes the disease.

"I think this speaks to a failure on the part of the church," said Auxiliary Bishop Thomas Gumbleton of the Archdiocese of Detroit. "Gay priests and heterosexual priests didn't know how to handle their sexuality, their sexual drive. And so they would handle it in ways that were not healthy."

The Star received 801 responses to questionnaires that were sent last fall to 3,000 of the 46,000 priests in the United States. The margin of error of the survey was 3.5 percentage points.

Six of 10 priests responding said they knew of at least one priest who had died of an AIDS-related illness, and one-third knew a priest living with AIDS. Three-fourths said the church needed to provide more education to seminarians on sexual issues.

The Rev. John Keenan, who runs Trinity House, an outpatient clinic in Chicago for priests, said he believes most priests with AIDS contracted the disease through same-sex relations. He said he treated one priest who had infected eight other priests.

The Star said precise numbers of priests who have died of AIDS or become infected with HIV is unknown, partly because many suffer in solitude. When priests tell their superiors, the cases generally are handled quietly.

The newspaper cited the case of Bishop Emerson Moore, who left the Archdiocese of New York in 1995 and went to Minnesota, where he died in a hospice of an AIDS-related illness. His death certificate attributed the death to "unknown natural causes" and listed his occupation as "laborer" in the manufacturing industry.

After an AIDS activist filed a complaint, officials changed the cause of death to "HIV-related illness," the Star said, but the occupation was not corrected.

The newspaper said the death rate among priests from AIDS appears to be at least four times that of the rate for the general U.S. population.

Some priests and behavioral experts believe the church has scared priests into silence by treating homosexual acts as an abomination and the breaking of celibacy vows as shameful, the Star said.

Catholic cardinals in the United States and high-ranking church officials in the Vatican declined requests to discuss the newspaper's findings, The Star reported. The Vatican referred questions to local bishops.

Bishop Raymond Boland of the Diocese of Kansas City-St. Joseph said the AIDS deaths show that priests are human.

"Much as we would regret it, it shows that human nature is human nature," he said. "And all of us are heirs to all of the misfortunes that can be foisted upon the human race."

The Associated Press contributed to this report. 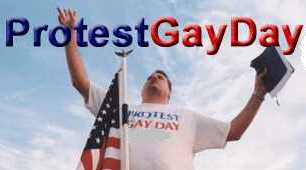