The Beast is Coming!

"Even him, whose coming is after the working of Satan... with all deceivableness of unrighteousness in them that perish; because they received not the love of the truth, that they might be saved." —2nd Thessalonians 2:9-10

With the masses of this world increasingly bowing to statues, worshipping bones, receiving tattoos, receiving marks upon their forehead by priests, and having an infatuation with the occult and witchcraft... the stage is clearly being set for the Antichrist (i.e., the beast) to appear (which means the Rapture of the saints cannot be far away). People nowadays are rapidly buying GPS (Global Positioning System) devices. Our cars are being programmed to spy on our every move.  Cameras are being installed everywhere in public. Researchers want to start bar-coding embryos. We are quickly moving into a cashless society and a Nazi-style spy-society. This will give the government total control over our lives. Technological advances have made imprisoning planet earth a viable threat thesedays. Where is this all leading? It's all leading to a New World Order (i.e., the beast system of the Antichrist). Hopefully you won't be suckered in by the Devil.

Here's a photo of a Catholic priest placing a mark upon a man's head in Poland.  The Catholic church does this on Ash Wednesday. Revelation 13:16 states concerning the coming Antichrist (i.e., the Beast), "And he causeth all, both small and great, rich and poor, free and bond, to receive a mark in their right hand, or in their foreheads." It is more than mere coincidence that 1,000,000,000 Catholics worldwide are being taught to receive a mark on their foreheads.

They have been conditioned to receive the mark of the beast, which will likely be some sort of electronic device, such as an implantable microchip, or a skin tattoo. The technology is here, and is already being used. Tattoos are more popular than ever these days, conditioning people to receive the mark of the beast. With nanotechnology greatly advancing (i.e., electronics so small that you need a microscope to see it), the possibilities are endless and frightening. We are moving towards a cashless society. Credit information will be stored in these marks, as well as blood type, identification numbers, and your own personal information if you so choose. As you can see in the photo above, the demonic Babylonian Catholic church is already grooming their people for the coming of the antichrist!

"And I fell at his feet to worship him. And he said unto me, See thou do it not: I am thy fellowservant, and of thy brethren that have the testimony of Jesus: worship God" —Revelation 19:10

Photo Above: St. Teresa (see below)

Here are some photos of Polish people who came to pray to St. Teresa's bones!

Photo Below: A priest bowing to St. Teresa's bones!

Photo Below: The Nimrodians chanting at the bone's display

As 2nd Thessalonians 2:9-10 states, the love of the truth (or, the pursuit and desire to learn the truth) is the only way out.  Most people today DON'T want to hear about the Gospel of Jesus Christ. They know about the truth, but REFUSE it nonetheless. Few people love the truth. This is why hundreds-of-millions of Catholic will never be saved out of their false religion—because they don't love the truth, and have NO desire to learn the truth. They are content in their false doctrines, trusting in works salvation and the sacraments. Their faith is in MEN, and not in the God of the Bible who warned in Mark 7:7... “Howbeit in vain do they worship me, teaching for doctrines the commandments of men.”

Don't be fooled my friend—Catholicism is a sure road to Hell-fire damnation! Catholicism is leading the way in preparing people to receive the Antichrist. Do you think it mere coincidence that the Vatican recently decided to permit homosexual priests (i.e., as long as they haven't practiced homosexuality for 3 years)? The world's religions are UNITING gradually into a one-world apostate religious system, which will be headed up by the False Prophet. It's not just the Catholics either, read here about Bill Gaither and dyke lesbian Gospel singer Marsha Stevens. The "new" universal religion is acceptant of homosexuality, idolatry, and apostasy. Here's a shocker—18% of the congregation of the Unitarian Universalist Church claim to be ATHEIST! Do you see where all this is headed? Famous singer, Beyonce, who professes to be a devout Christian, says that God approves of her public stripping and lewd clothing.


The Insanity of the World Today 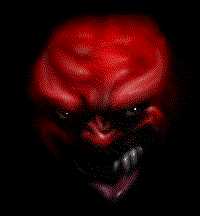 The world has truly gone insane. While environmentalists are telling people to put rocks in their toilet to conserve water, no effort is even made to spare the lives of children from the brutal first-degree murder of abortion! People are mentally-ill to be more interested in saving forests, animals and water than babies! I'm all for protecting the environment, but human life ought to be protected most of all. America is mentally-ill.

Our society has become Pagan, but still thinks it's worshipping the God of the Bible. Not so! We dare sing “God Bless America” while tens-of-millions of babies continue to be slaughtered in abortuaries nationwide. We dare pledge “one nation under God” while millions of Americans flock to SIN CITY to fornicate, gamble and commit wickedness.

We dare claim on our money "In God We Trust" while tens-of-millions of Americans continue to worship idols (Mary), praise witchcraft (Harry Potter), and tolerate homosexual teachings in our public schools. How much more wickedness will God tolerate? With society increasingly worshipping the creature (humanism, nature, et cetera) over the Creator (the God of the Bible), mankind is being conditioned to worship the Antichrist (2nd Thessalonians 2:8-10).

This is where Christianity is at folks. Christianity Today recently stated, “Some same-sex activity or experimentation does not automatically mean that you are gay.” Christianity Today has also endorsed Harry Potter's witchcraft. A Baptist Church in Tennessee recently called an ordained lesbian to be their pastor. In recent years we've seen HUNDREDS of “gay” websites appearing by professed Christians trying to defend their homosexuality. This is apostasy! What is the Christian world coming to? This is all leading to the coming of the man of sin (2nd Thessalonians 2:3). Even so come Lord Jesus.

Are you ready to meet Jesus? Have you been born again? This is your ONLY escape!