Zechariah 11:17, “Woe to the idol shepherd that leaveth the flock! the sword shall be upon his arm, and upon his right eye: his arm shall be clean dried up, and his right eye shall be utterly darkened.”

My friend, the Lord's return is so near. GET RIGHT WITH GOD IF YOU'RE NOT! The world is relentlessly preparing the stage for the coming Antichrist. Take a look at the following album covers and photos of celebrities. The Bible says in Zechariah 11:17 (our text verse above) that the Antichrist's right eye will be darkened. We don't know exactly what that means, but some scholars believe the Antichrist will have a bad eye. Our nation is moving 100 mph toward a New World Order, where you cannot speak anything evil against homosexuality or anything about the New World Order.

Proverbs 19:3, “The foolishness of man perverteth his way: and his heart fretteth against the LORD.”

You don't get famous in this world by just being talented. You've got to sellout somewhere.

...A Look Behind the Curtain of the New World Order 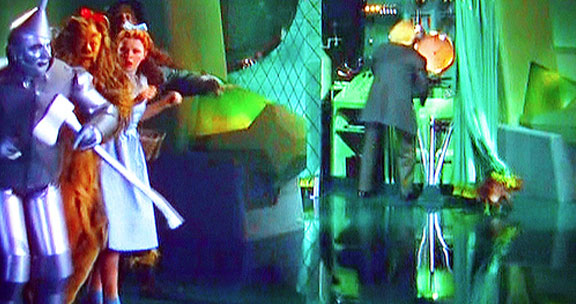 Satan is the little wimp god of this evil world (2nd Corinthians 4:4)

Unlike the Lord Jesus Christ Who “spake openly to the world” (John 18:20); the Devil is a fraudulent coward and murderer who deals in deceit and lies, always operating under cover of darkness to hide his true intentions (Matthew 7:15; 2nd Corinthians 11:13-15). Satan is behind the New World Order, which is clearly evidenced by the prevalent use of the El Diablo hand sign (part two, three, four).

The All Seeing Eye

There must be great significance to the All Seeing Eye, for we see it everywhere in society today. The All Seeing Eye is often accompanied with The Great Pyramid, because the eye belongs in the capstone on top of the pyramid. It is important to understand that the pyramid is not just any pyramid but rather, The Great Pyramid, which was built by the Egyptians before Moses time. The capstone was deliberately left off of the pyramid when they built it. I am fully convinced that this signifies the unfinished tower and city of Babel from Genesis 11:7-9).


(Nebuchadnezzar's golden image has the same exact 10-to-1 ratio as the Washington Monument... an occult obelisk! World government, aka, the New World Order, has been in the works for millenniums by the Devil, which will be the Beast system of the coming man of sin, the Antichrist. Only God's omnipotent sovereign plan has hindered Satan's plot for world domination! God has allowed mankind to achieve the Industrial Revolution of the 1800's, only by which the technological advances of modern civilization have been made possible. This is one more reason why it is clear that we are now living in the end times of the last days.)

Satan through sorcery, witchcraft and divination reveals his will to demon-possessed human beings, just like the Holy Spirit of God reveals His will to Christian believers through the Scriptures. Any spirit that is not the Holy Spirit is a familiar spirit (demon). Satan from generation-to-generation has communicated his plans to evil men in the occult. These men execute the Devil's plans. Today, like never before since the days of Genesis, Satan once again is striving to unite the human race in rebellion against God and to worship the serpent, the dragon, who will come as the Antichrist. The All Seeing Eye is seen below at the 911 Ground Zero Memorial in New York. 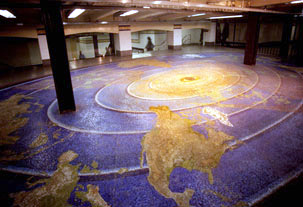 911 Memorial At Ground Zero (notice the All Seeing Eye)

Justin Bieber falsely claims to be a Christian. He recently had a tattoo of Jesus rolling his eyes placed on the back of his leg. Rolling the eyes is a gesture of rebellion and disrespect for authority. No young person should ever roll their eyes toward an adult or leadership. To do so is sinful in the eyes of God. Justin Bieber is a spoiled little, pro-homosexual, anti-authority, brat who has sold his soul to the Devil for worldly fame and fortune.

Notice the Pyramid shape above. There is a noticeable glowing shadow outlining Justin.

The following images are all self-explanatory, showing occult symbols...

What's It All About?

What's the spiritual meaning behind all this? It's quite simple, as I explain in detail in THE MYSTERIOUS ALL SEEING EYE.

Basically, Satan is a cowardly wimp who needs to project himself and his little kingdom of peon servants who control the world (or more formally, the New World Order). It was kept a well guarded secret until truth-seekers blew their cover in the 1980's, through the publishing of numerous books and alternative newsmedia sources. 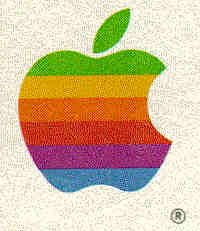 Since the globalists (as the Illuminati are properly called) are a bunch of losers who would not be able to impress any of us to worship the Devil, they employ imagery. The Great Pyramid and the All Seeing Eye have been used since the times of Egypt and Babylon to project (make bigger-than-life) Satan's kingdom. Consider carefully that the goal of the Church Of Satan is not to worship Satan; but instead, to do your own thing. If it feels good, do it! The most infamous Satanist of the 20th century, Aleister Crowley, summed up his life's work with the motto: DO AS THOU WILL SHALL BE THE WHOLE OF THE LAW. That saying is used extensive in music and entertainment today. Satan doesn't care if you worship him directly. Satan wants you NOT to worship God. If the Devil can get you to worship sinful idols and money, or yourself for that matter, then he has achieved victory over God's will for your life by keeping you from fulfilling it.

Nebuchadnezzar didn't want the people to worship him directly, because he knew they wouldn't. That would be too obvious. When the music played, the Babylonians and all nations at the event were ordered to bow and worship THE IMAGE (Daniel 3:5-7). This is exactly what the Antichrist will do when he comes, that is, require the masses of this world to worship HIS IMAGE (Revelation 13:15). Satan wants people to worship him, but he knows they won't. So he deceives them by getting them to do their own thing. Albeit, half-way into the 7 year Tribulation the Antichrist will proclaim to be God and demand worship or people will be killed (2nd Thessalonians 2:4-10; Revelation 13:15-18).

The eye has multiple meanings in the Scriptures. Satan told Eve that the “eyes” of their understanding would be opened if they ate of the forbidden fruit. It is worthy to mention that the word “eyes” in Genesis 3:5 is the Hebrew word ayin and refers to only one eye. That is very interesting indeed. The eye here is symbolic of man's understanding being enlightened.

Interestingly, Jesus said in Matthew 5:29 that if a person's right eye offend thee, remove it. The right eye Biblically is symbolic of an evil thought process, that is, an evil understanding. We learn this from when Adam and Eve sinned and their eye (singular) was opened to good and evil. A darkened right eye represents a darkened soul which has sold out to evil and Satan. Jesus didn't mention the left eye, but the right. Matthew 5:29, “And if thy right eye offend thee, pluck it out, and cast it from thee: for it is profitable for thee that one of thy members should perish, and not that thy whole body should be cast into hell.” It would seem logical to me in view of these Biblical truths that a darkened right eye is symbolic of being evil. The Antichrist's right eye will be utterly darkened (meaning that he will be pure evil). All of the preceding photos of celebrities covering their right eye must have a connection with Zechariah 11:17. They have all chosen evil over good, and so their right eye has been darkened. I believe this is the meaning of the covered eye. It means all those singers are on the side of the man of sin, the coming Antichrist, whose right eye will be darkened, whether literally or figuratively.

It is also possible that the Antichrist will be wounded in the right eye, which is indicated by Revelation Revelation 13:3, “And I saw one of his heads as it were wounded to death; and his deadly wound was healed: and all the world wondered after the beast.” I tend to believe it means literally rather than figuratively, simply because the Bible also mentions his wounded arm in Zechariah 11:17. The Bible says that the sword shall be upon his arm. Perhaps a military wound. Zechariah 11:17 mentions that the Antichrist's arm will be wounded with the sword and dried up, as well as his right eye completely. Perhaps these Scriptures are related between Revelation 13:3 and Zechariah 11:17. I cannot say for certain. One thing is 100% for certain, and that is that the All-Seeing-Eye represents Satan.

It is also possible, since the eye represents Satan, that the darkened right eye represents the totally Satan-possessed Antichrist. The saints who are saved during the Tribulation (after the pretribulation Rapture) will recognize who the Antichrist really is, whereas we will not know until after we are raptured. 2nd Thessalonians 2:6-8, “And now ye know what withholdeth that he might be revealed in his time. For the mystery of iniquity doth already work: only he who now letteth will let, until he be taken out of the way. And then shall that Wicked be revealed, whom the Lord shall consume with the spirit of his mouth, and shall destroy with the brightness of his coming.” I believe the Antichrist is alive today, being prepared and groomed for leadership. We saw with the 2008 pre-lection worship of Communist infiltrator, Barack Obama, that this stupid evil world will eagerly follow the Devil if he comes as a charismatic figure who makes the masses feel like “their man” is in power. Any famous Rock star could easily win the heart of the world and become the Antichrist (and I do believe music will play a big part in the worship of the IMAGE of the Beast, just as it did in the worship of Nebuchadnezzar's 90 x 9 foot golden obelisk image in Daniel).

As Christians we need to anchor ourselves to the Bible (the inspired Words of God in the King James Bible) in these perilous times, and not be blown about by every wind of strange doctrine circulating in our churches these days. We ought not be afraid, nor concerned; but rather, to trust the Lord more than ever (Proverbs 3:5-6), having faith that Jesus can do all things (like He raised Lazarus from the dead). God has promised that all things will work together for good to those who love the Lord (Romans 8:28). But, Ye must be born again (John 3:5-7).

Americans Get What We Deserve!

Too Drunk Too Karaoke!