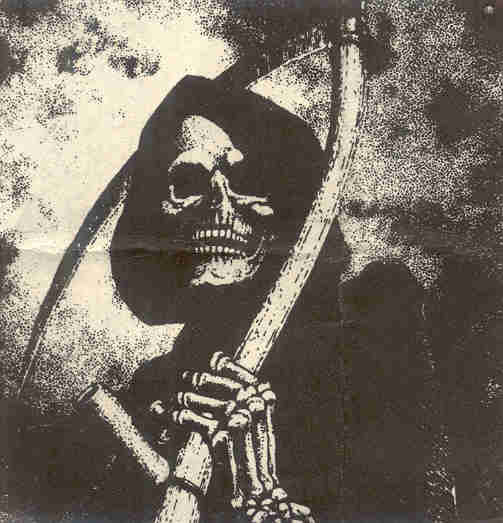 According to a FOX news poll last week, 62% of the American people believe that it was proper to remove Terri Schiavo's feeding tube.  This is a clear indicator that America has become a "culture of death."  Forty years ago, this type of barbaric treatment of any human being would not have been tolerated.  This is exactly how the holocaust started.  Roe vs. Wade was a critical turning point in America.  Since abortion became legal in the early 1970's, America's attitude toward life has changed drastically.  America has become a culture of death.

It is against the law in every state of the union to starve an animal to death.  Yet, in an unbelievable case of blatant injustice, Terri Schiavo was cruelly denied water and food until she died a horrible torturous death.  Where is the United States headed?  I believe we are headed for a nightmare.  The death culture is already here.  What is the "death culture?"  The death culture are those people who minimize the sanctity of life, valuing death in many cases over life.  Terri Schiavo was not physically ill in any way, yet she was condemned to death and MURDERED by government thugs, evil lawyers, and her wicked husband.

I am not a Catholic.  As a matter of fact, there is not one Catholic bone in my body.  However, I greatly agree with the Schindler's priest, Frank Pavone, who said, "The greater sin of people is that we don't get angry enough."  This was in response to reporter Sean Hannity's admission that he was angry over what was happening to Terri and didn't know if it was a sin or not to be so angry.  Well, I'm angry too Sean, everyone lost by THE LAW taking Terri's life away from her.  Our laws are based upon a mentality of death.  Millions of little babies are brutally murdered each year in America, literally ripped apart piece by piece, dissolved while alive in acids, sucked apart piece by piece.  Ironically, we continually hear our leaders foolishly proclaiming that we are a nation that "values life."  We are a murderous nation of killers.

Any nation who would allow the murder of millions upon millions of it's children is surely capable of the most diabolical and hideous acts of wickedness.  The torturous death of Terri Schiavo is just that.  Sickos Like right-to-die advocate George Felos (Michael Schiavo's lawyer) would like to see euthanasia become the norm in America.  Sadly, it probably will.  There are an estimated 25,000 people just like Terri Schiavo all across America.  Are we going to put them all out of their misery too?  America is in sad shape.  The American people are enamored with death, dying and torture.  People can't get enough violence it seems.  Police chases, arrests, and violence are displayed on TV for Americans to enjoy.  It's a big joke, a three-ring circus...Americans love to see other people suffer tragedy and woe.  The average American has been so desensitized by the hellivision that death is really no big deal anymore.

While Americans enjoyed their comfortable homes, good food, entertainment, clean water, etc...millions of Iraqis suffered because of the evils of the Iraqi invasion.  America illegally attacked a sovereign nation on the basis of fabricated lies.  Iraq was falsely blamed for 911 by the Bush Administration without even one shred of credible evidence to support such a vicious lie.  Tens-of-thousands of Iraqis were MURDERED by Americans!  Most of the American people could care less, just as long as everything is ok with us.  It is sickening!  The United States is a culture of death... murdering it's own children by the tens-of-millions... cruelly murdering hundreds-of-thousands of Iraqis... ruthlessly murdering millions of Cambodians in the 1970's... creating and spreading AIDS throughout Africa... killing the rest of the African people with the drug AZT... now Terri Schiavo... next you and me.

Only 1/3 of nursing homes meet federal standards, yet nothing is ever done about it.  Many people in nursing homes are victims, sedated regularly with all sorts of harmful drugs, having their wheelchair parked in a corner for them to rot away.  I shudder to think where America is heading.  The death of Terri Schiavo signifies a frightening line which we have crossed as Americans.  We are ALL guilty of corporate murder.  We are all guilty for the torturous murder of Terri Schiavo.  Now that we have successfully tolerated the torture and death of one of our fellow citizens, the next time won't be anywhere near as dramatic.  We have just undermined our integrity as a nation by allowing this great wickedness to occur.  The precedent has been set.  America has crossed the line of barbarianism.  We are now full-fledged monsters.  God help us!

The Gruesome Torture and Death of Terri Schiavo

Fighting for Dear Life: The Untold Story of Terri Schiavo and What It Means for All of Us

THE WOMB: The most dangerous place on earth!