In newspapers all across America, a little section regularly appears titled "Annie's Mailbox" (i.e., Dear Annie).  It should be called, DEAR IDIOTS!  Annie's Mailbox is written by feminists Kathy Mitchell and Marcy Sugar, longtime editors of the Ann Landers column.

In these articles, people submit questions to the writers of Dear Annie, who publish the questions with a written response for all to see.  They have a cult of followers.  The big problem with these two is that they have no reservation to recommend divorce, nor do they base their advice upon the Scriptures.  In column after column, they tout divorce as the answer.  Here is one such article ...

Dear Annie: I married "Alex" a year ago, and now he wants a divorce. I don't know why.
Four months ago, Alex left home after a fight. We've been separated ever since. The reason we fought is because Alex kept coming home less and less. He preferred to live across town with his mother. (He's not a mama's boy. In fact, they rarely speak. He just wanted out, and her house was the easiest place to go.)
I have since found out that Alex has a narcotic addiction, and I also think he may be bipolar. He refuses to get counseling, even though I offered to go with him. He said counseling is for the "weak-minded."
Alex has refused all my attempts to reconcile, but he will not file for divorce. He also will not respond to e-mails, phone calls or anything. I asked several friends to speak with him, but it didn't help.
I am unable to work and am trying to get disability. I have no money to file for divorce. Plus, it is against my religious convictions. Any advice? —In Limbo

Dear In Limbo: You may be able to get an annulment, since Alex left you after only a few months of marriage and will not come home or get counseling. Talk to your clergyperson and ask for help. There is no reason, religious or otherwise, to continue in this sham of a marriage.

I have an Annie's Mailbox article in front of me, from the Pacific Daily News (May 23, 2006), with the title "Bite the bullet, honey, and cut your husband loose."   This is the type of poor advice that these unscrupulous women are giving to people who need help.  No wonder the divorce rate is so high!  Tragically, recent reports of a decreasing divorce rate have been overshadowed by the fact that fewer people are getting married at all nowadays.  Where is America headed morally, when fornication is skyrocketing?  We are living in a morally toxic environment.  By the way, the divorce rate is about equal to the use of artificial contraceptive devices.  It is sad.  The best defense of the family IS THE FAMILY.

Are Kathy and Marcy theologians too?  The wife above clearly said that it's against her religious convictions to divorce (and good for her); BUT, the writers of Dear Annie say,

"There is no reason, religious or otherwise, to continue in this sham of a marriage."

Since when are they experts on theology?  How can they say there is NO religious reason to remain married?  What gives them the right to call a marriage a "sham" based upon only one side of the story?  There are two sides to every story, and then there's THE TRUTH.  Also, carefully notice that Alex's wife hasn't one good thing to say about him.  It takes two to tango.  To recommend divorce as a way out is woefully tragic, and sinful.

In sharp contrast, God say He hates divorce, "For the LORD, the God of Israel, saith that he hateth putting away..." (Malachi 2:16).  Luke 16:18 states, "Whosoever putteth away his wife, and marrieth another, committeth adultery: and whosoever marrieth her that is put away from her husband committeth adultery."  Multitudes of people today are seeking out false prophets to tell them that it's ok to get a divorce; but, it is NOT.  "For the time will come when they will not endure sound doctrine; but after their own lusts shall they heap to themselves teachers, having itching ears" (2nd Timothy 4:3).  Not all false prophets are in pulpits or have a ministry—many of them have newspaper columns.  It is my opinion that Annie's Mailbox is a two-headed monster.

I often receive letters from people who say that so-and-so pastor, and so-in-so ministry told them it was ok to get a divorce, and now they want my opinion.  I always tell them the Biblical truth, which they loath to hear--DIVORCE IS A SIN!  We are living in a selfish and characterless generation, where people are quick to break their marriage vows and abandon.  It is evil.  The ironic thing is that if you speak with divorced couples, 95% of them think they've done no wrong.  People quite often look for excuses to justify what they were going to do anyway.

The spouse who was divorced blames the other for filing.  The spouse who filed for divorce has all sorts of excuses, and the most popular I've heard is that—they've spoken with several ministers and Christian organizations, who agree with their decision to divorce.  How wicked!  This is further evidence of the apostate condition of America's churches.  It's not ok to divorce, because marriage is a lifetime commitment.  If you quit your marriage, then you are breaking your promises to your spouse and TO GOD.

I did not write this article to be unkind, or to attack anyone.  I wrote this article because divorce is a sin, and counselors who recommend it are in trouble with God.  In the old days, people had the character to tough it out, and to weather the storms of life.  Nowadays, people are selfish, only thinking about the big number one, self.   Philippians 3:19 describes them well, "Whose end is destruction, whose God is their belly, and whose glory is in their shame, who mind earthly things."

Jesus claimed to be the Light of the world in John 8:12, and He is still the Light of the world today.  Satan is the god of this world (2nd Corinthians 4:4), and his works of darkness abound everywhere (Ephesians 5:11; 1st John 5:19).  If you are looking for real answers, then look no further than the Light of Jesus Christ and His Word--The Incorruptible Word of God.  Jesus is the Living Word (John 1:1;14), and the Bible is His Written Word.

Jesus is called the "Word of God" in Revelation 19:13.  Hence, to study the Word of God is to learn the mind of God, "Let this mind be in you, which was also in Christ Jesus" (Philippians 2:5).  If you want the Truth, then you will find it in the Word of God, "Sanctify them through thy truth: thy word is truth" (John 17:17).

Why So Many Divorces?

"By the year 2000, we will, I hope, raise our children to believe in human potential, not God."

"It's an incredible con job when you think of it, to believe something now in exchange for life after death.  Even corporations with all their reward systems don't try to make it posthumous." 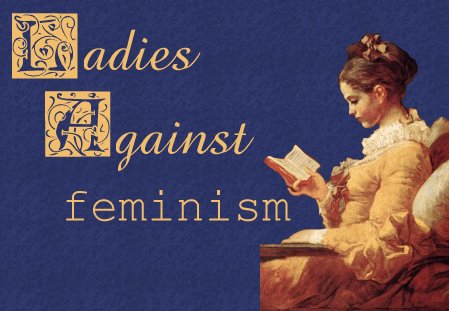 Leading the pro-family movement since 1972 — Get Informed!

Divorce is a sin!  Don't upset God by saying it's not.