The Dangers of Wikipedia 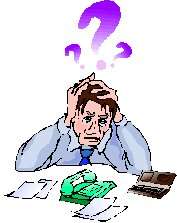 Wikipedia is dangerous, found at www.wikipedia.org.  Although it can be a helpful learning tool, there are some inherent dangers to using it that you need to keep in mind:

ANYONE can edit Wikipedia and say ANYTHING they want.  It's an encyclopedia written exclusively by its readers.  Although this promotes freedom of speech, it also opens the door to slanderous misrepresentation of the facts and the assassination of people's character.  I've read some really horrible and malicious slander about several men of God on Wikipedia, including faithful pastors who have given their life to serve others for the lord.

It is a shame that a pastor can dedicate 50 years of his life to serving God, and do 10,000 wonderful things throughout his ministry to help people; but then one or two hateful critics portray that man on Wikipedia as the scum of the earth.  Wikipedia is being used by many people as a way of destroying other people's credibility and reputation.  Their sole intend is to kill, steal and destroy.

Here are some dangers I think you need to be aware of:

It is ridiculous to believe some of the garbage posted on Wikipedia.  I encourage people to be careful about forming any opinions from information obtained on Wikipedia's website until they do their homework.

Note: I'm not talking about false prophets or known con-artists like Benny Hinn, I'm talking about misrepresentations of the truth here.  There are some truthful bad things on Wikipedia about some great men of God, but the critics of those men have gone to great lengths to distort and stretch the truth as much as possible in their hatred of those men.  Many critics will build a house-of-lies upon one or two mistakes a great man of God made in his lifetime.  Since the primary accusation may be true, then all the lies built upon that negative truth become much more believable.  This is a common tactic that liars use to destroy the credibility of their enemies.