Mark 7:9 and 13, “And he said unto them, Full well ye reject the commandment of God, that ye may keep your own tradition ... Making the word of God of none effect through your tradition, which ye have delivered: and many such like things do ye.”

I recently spoke with a man who was building some small platforms for statues to set upon in the Catholic church where he attends. He and his family, and most of the members of their extended family, are lifelong Catholics. Despite having witnessed to him numerous times, he just won't get saved. The man is on a slippery slope to Hell, fire and damnation by his own choosing.

Jesus said in Mark 7:9 that such people REJECT God's Word to keep their own TRADITION instead. It is sad and tragic, but he is making his own choice. His blood won't be on my hands; but his family's blood will be all over his hands in eternity. God will not be merciful to Christ-rejecters when they die in their sins (John 3:36; Psalm 7:11; 2nd Thessalonians 1:8-9). It is my prayer that the man will eventually come to Jesus Christ for salvation.

Most Catholics are ARROGANT and you can't reason with them. You can share a clear presentation of the Gospel message over and over, but they just won't listen. I have tried to warn many Catholics of the evil nature of their religion; but they are arrogant and won't obey the Bible. They are subverted of themselves the Bible says, and without excuse (Titus 1:10-11). Hell will be hot!

God will NOT be understanding when you die, listening to all your sorry excuses why you spit in His face; supported the wicked Catholic religion; prayed to statues; mumbled chants instead of prayers; confessed your sins to a wicked priest instead of to a righteous Savior; gave your money to false prophets; gave allegiance to a New World Order religion; bowed in idolatry to dead saints; chanted the demonic Rosary to a sinner like Mary; praised an idiotic myth like Our Lady of Fatima; spoke highly of the blasphemous Pope; obeyed the self-righteous traditions of men instead of the holy Commandments of God; angered the Lord by committing spiritual fornication with false religion, et cetera.

It is the Light of God's Word, the Truth, that will set you free (John 5:39; 8:32; 17:17). In the absence of Light, darkness prevails. Catholicism is a haunted house of horrors, saturated with the blackness of men's souls, totally void of any Light. God's Word is a Lamp unto our feet in this dark world of sin (Psalm 119:105). Catholicism couldn't light your way out of a closet. If you are a Catholic, you have been duped by Satan. If you defend the Catholic religion, you are working for Satan. You are God's enemy (James 4:4). You are pulling on the same rope as the Devil.

I have witnessed the Gospel of Jesus Christ to hundreds of Catholics in my lifetime. Most of them were arrogant and self-righteous, refusing to admit that their religion could not save them, sinfully laughing in scorn at the teaching from God's Word that good works cannot save a sinner (Titus 3:5). Mary can only take you to Hell (1st Timothy 2:5). The Pope can only take you to Hell (Acts 4:10-12). The priests can only take you to Hell. Luke 11:44, “Woe unto you, scribes and Pharisees, hypocrites! for ye are as graves which appear not, and the men that walk over them are not aware of them.” The Catholic Church is like camouflaged graves that people walk over, but are cast into the depths of death and Hell forever and ever in torment.

The Catholic religion is straight out of the pits of Hell; certainly not a Biblical New Testament Church in any sense of the term. If you sincerely follow the Catholic Church, then you will sincerely burn in Hell for all eternity. You will die a Second Death (Revelation 21:8; 20:11-15). Cursed be the Catholic Church (Galatians 1:9)!

I've heard Catholics use the excuse that their idolization of statues is nothing more than the same admiration one might have for a photo of a loved one; however, there is a drastic difference between the two. Catholics literally bow and pray to statues of various saints, such as Saint Anthony with his dog, expecting God to honor their prayers. It is heathendom! The Bible repeatedly and undeniably forbids and condemns praying, or even bowing to ANY likeness or image of of ANY person or thing. Exodus 20:4-5, “Thou shalt not make unto thee any graven image, or any likeness of any thing that is in heaven above, or that is in the earth beneath, or that is in the water under the earth: Thou shalt not bow down thyself to them, nor serve them: for I the LORD thy God am a jealous God...”

Catholics totally spit on God, tossing the Word of God out the window, and do as they please; committing wicked abominations in the sight of the Lord God, by bowing in worship and adoration of statues instead of God. In many cultures, various Catholic statues of saints are paraded up and down the streets, idolized publicly for all to see, ending the event with a smorgasbord feast of foods ranging from roasted pigs to kegs of booze. It is evil in the sight of God. Idolatry is equivalent to the sins of witchcraft and rebellion (1st Samuel 15:23). God hates Catholicism's host of statues, to which they pray and express their love and devotion daily. Meanwhile, God and His Words are ignored completely, just as Mark 7:6-13 says. Catholics are in the same league as Satan worshippers; either way, God is not worshipped as He ought to be. Mark 7:13, “Making the word of God of none effect through your tradition...” The Word of God is useless to Catholics, because they place their manmade TRADITIONS above the Scriptures.

The Apostle John bowed before a fellow saint in the Book of Revelation, but was sharply rebuked and told to “WORSHIP GOD.” Revelation 19:10, “And I fell at his feet to worship him. And he said unto me, See thou do it not: I am thy fellowservant, and of thy brethren that have the testimony of Jesus: worship God: for the testimony of Jesus is the spirit of prophecy.” Amen and amen.

You had better come out of that hell-hole of Catholicism and get born-again (John 3:3-7); born anew of the Spirit of God (Romans 8:9), by the Seed of the Word of God (1st Peter 1:23), paid for by Jesus' precious literal blood (1st Peter 1:18-19; Revelation 1:5). Also, BEWARE, because Catholics these days have perverted the meaning of being born-again, just as the Lordship Salvationist crowd has.

Just as God rejected Adam's fig-leaf clothing, so will He reject your fig-leaf religion. God killed a lamb and shed its blood to provide skins of clothing for Adam and Eve, symbolic of the precious Lamb of God Who died on the cross to take away our sins. You had better appear before God in the righteous clothing provided by the Lamb of God (Revelation 7:14). Your good works and Catholic religion are fig-leaf clothing that wreak stench in the nostrils of God, stinking as the corpse of a rotting animal. You goodness is stinking filth to God (Isaiah 64:6). 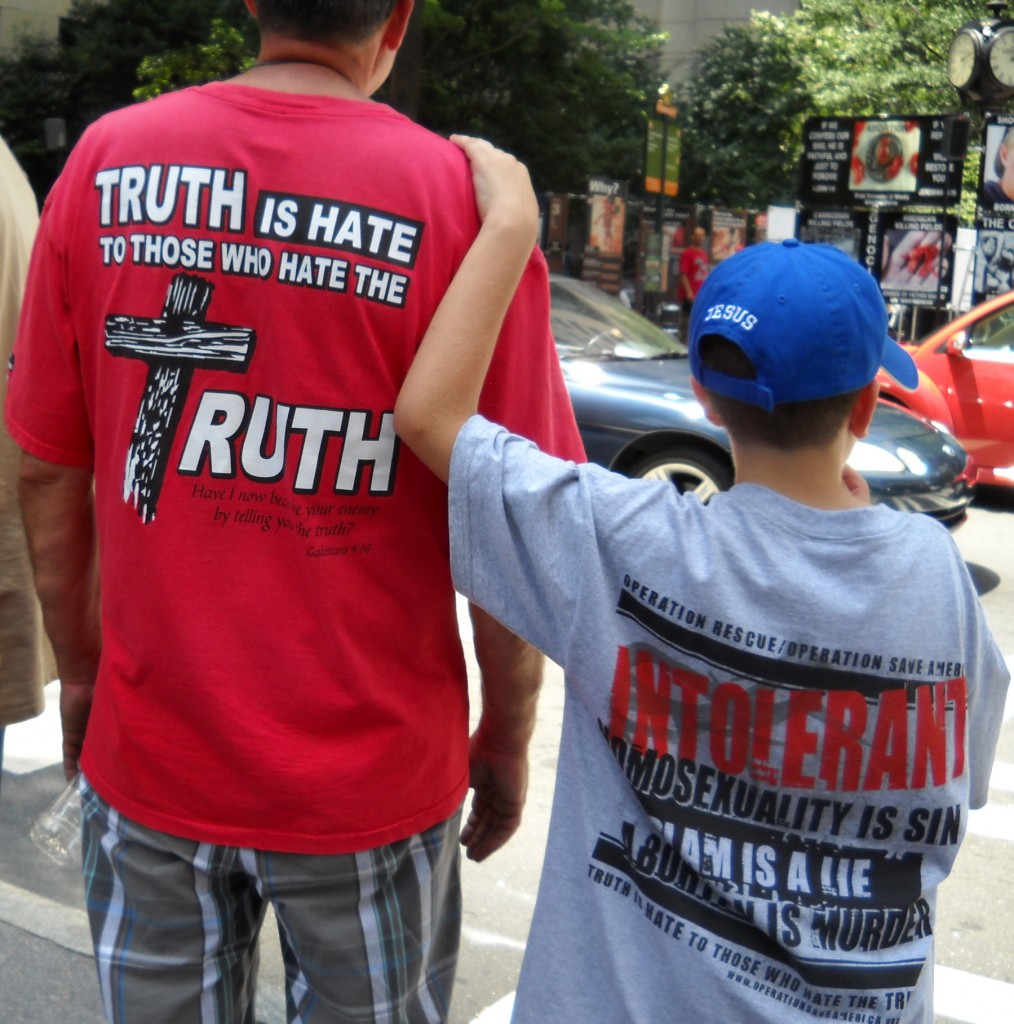