I recently heard Dr. John MacArthur speaking on the radio (his sermon tape, The Call To Repentance).  I almost drove off the road listening to the heresy he was dishing out.  What a bunch of garbage he teaches!  MacArthur quoted Martin Luther, the unbiblical Westminster Confession, and took a quote by Charles Spurgeon way out of context in order to justify his heresy of Lordship Salvation.

Here is what the Westminster Confession states concerning "Repentance into life"...

"By it a sinner, out of the sight and sense, not only of the danger, but also of the filthiness and odiousness of his sins, as contrary to the holy nature and righteous law of God, and upon the apprehension of his mercy in Christ to such as are penitent, so grieves for, and hates his sins, as to turn from them all unto God, purposing and endeavoring to walk with him in all the ways of his commandments."

A book could easily be written refuting the demonic doctrines contained in the Westminster Confession, particularly the heresy on repentance I just quoted to you.  According to the Westminster Confession, a lost sinner CANNOT be saved unless he or she grieves, hates, turns, and ENDEAVORS (i.e., intends) not to sin anymore and to keep all God's commandments.  Ladies and gentleman, that is 100% works salvation!

If we have to be willing to forsake our sins to obtain the gift of eternal life, then it is no longer by grace, but of works.  I am not condoning the act of sin; I am simply saying that a changed life is the FRUIT of genuine repentance, and not a part of saving-faith.  There are no conditions of salvation.  We simply come as a guilty sinner and trust upon Jesus Christ to forgive and save us (Acts 10:43; Romans 4:5; Ephesians 2:8,9). 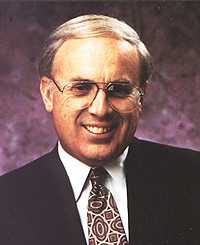 John MacArthur is foolish to base his doctrines upon the quotes of other men, instead of God's Word.  If I had my way, I'd burn all the published works of John Calvin, Jacobus Arminius, Martin Luther, the Westminster Confession, John MacArthur, and hundreds more.  Jesus commanded for us to SEARCH THE SCRIPTURES in John 5:39!!!  The Westminster Confession is straight out of the pits of Hell.  It is garbage!  People need to stop basing their beliefs upon what a man or group of men think; and instead follow the inspired, infallible, inerrant, preserved Words of God.

John MacArthur repeatedly quotes Martin Luther, who is one of the biggest frauds of all history, a religious con man who plainly taught Baptismal Regeneration, Sacramental Salvation, and Mary Worship.  Luther even taught that a person could be saved without faith if they were water baptized.  I'm not kidding!  Yet, ignorant believers all across the world honor and promote Martin Luther as if he were a genuine Christian.  He ought to referred to as "Martin Loser."

Is Repentance Necessary for Salvation?

Yes, absolutely!  But the Bible defines the word "repentance" very differently than does the Westminster Confession, John MacArthur, and other false prophets who propagate the lie of Lordship Salvation.  Biblical repentance is simple "a change of mind."  The Greek doesn't even tell us what that change of mind is.  Faith and repentance are inseparable.  The man who believes on Christ has repented, and the man who repents has believed on Christ.  This is evidenced by the fact that the Gospel of John mentions the word "believe" 85 times, without ever mentioning the word "repent" even once.

A good illustration, I think, of salvation is a man who's been driving the wrong way for several hours.  He realizes at some point that he's been going the wrong way, and he has a change of mind, deciding to turn around, and he does.  This pictures salvation, when a lost sinner realizes his guilt of sin and TURNS toward the Lord by faith for forgiveness.  Such a person may or may not have a desire to forsake sin at that time.  Like it or not, salvation is a free gift of God, without works, and any sinner who sincerely comes to Jesus Christ seeking forgiveness will be saved (Romans 10:13; John 6:37).

Now that the man who was driving the wrong way has turned around, it requires time for him to come back the other direction.  Likewise, a new believer is a "babe in Christ" (1st Peter 2:2) and needs the milk of the Word to grow.  It is not reasonable to expect a babe in Christ to surrender to live a consecrated life for God, anymore than it would be reasonable to expect a newborn baby to run a marathon.  Lordship Salvation is nonsense!

John MacArthur horribly takes Charles Spurgeon's words out of context, and claims that Spurgeon taught Lordship Salvation.  Nothing could be further from the truth, as this quote by Spurgeon plainly reveals... 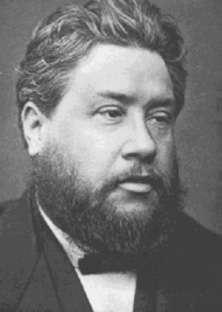 SOURCE: http://www.spurgeon.org/sermons/0044.htm (from a sermon preached at the New Park Street Chapel, Southwark, on September 23, 1855)

Clearly, Charles Haddon Spurgeon DIDN'T believe that forsaking one's sins, or grieving, or feeling sorrow, or being willing to turn from them, was necessary to be saved.  Rather, Spurgeon believed that they were evidences of genuine repentance.  Spurgeon did in fact teach, as have other great men of God, that a sinner ought to turn from his or her sins as evidence of genuine repentance; but this is after-the-fact, and not a requirement for salvation itself.  Spurgeon plainly taught "there are no conditions of salvation," which is what the Bible teaches.  We are sinners and Jesus is the Savior!

It is damnable heresy for the Westminster Confession to teach that a lost sinner must first intend not to sin anymore and to keep all of God's commandments as a prerequisite to being saved.  That is nonsense!  How can eternal life be a free gift if one has to be willing to give up the only life they've ever known?  A new believer, who has lived a life of continual sin, doesn't know how to live for God.  It is ridiculous to place such heavy burdens upon sinners, requiring them to forsake all of their sins, in order to receive the free gift of God.  It makes God angry when men corrupt "the simplicity that is in Christ" (2nd Corinthians 11:3,4).  Romans 4:5 couldn't be any planer... "But to him that worketh not, but believeth on him that justifieth the ungodly, his faith is counted for righteousness."  This is the imputed righteousness of Jesus Christ, Who paid for our sins with His literal, physical, precious blood (1st Peter 1:18,19).