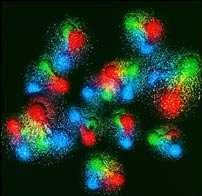 As of January 1, 1998 over 350,000 Americans will be dead; another 200,000 will be in terminal stages and an additional six hundred thousand to a million more will be HIV infected. Barring the possibility that protease inhibitors can permanently block HIV-induced immunosuppression, almost all those currently infected will progress to terminal stage illness and death. The enormity of the tragedy facing America today, however, is dwarfed by the tragedy sweeping Asia and Africa.

As of mid-1994, in the small landlocked nation of Malawi in Southern Africa, 30% of high school students and 68% of college students tested were found to be HIV infected. 1 Recent testing of soldiers throughout Africa revealed a 50% HIV infection rate, while testing of military units in Zimbabwe revealed a 90% infection rate. It is estimated that in Zimbabwe between one-quarter and one-third of President Mugabe's Cabinet have already perished from AIDS. 2

In the May 1996 issue of Special Warfare, a magazine distributed primarily to members of Special Operations (Military Intelligence) units, Dr. Brian Sullivan writes:

The immediate future may present other daunting challenges... because of complicated social and cultural reasons, AIDS already infects a high proportion of the military and civilian officials of Zaire, Uganda, Kenya, Zambia and other central African countries. In some or all of these countries government establishments may collapse in the next 10-15 years...civil rule may also erode or break down in parts of North Africa, the Middle East, India and Southeast Asia. 3

There are reports that over nine million children in sub-Saharan Africa have lost their mothers to AIDS, and that one in every four miners working in South Africa is HIV positive. But it is estimated that, by the turn of the century, the epicenter of the epidemic will have shifted from Africa to Asia. Indian health authorities currently estimate that "as many as 20 million or even 50 million Indians will be infected by the year 2000, and that there will be more AIDS patients than hospital beds." 5 On June 1, 1996 Reuter's News Service reported that Dr. William Blattner of the Institute of Human Virology at the University of Maryland estimated that 100 million people will be HIV infected by the year 2000. 6

What most people do not realize is that all efforts to utilize public health measures to slow spread of the HIV epidemic have been thwarted. Why?

1. Because most people don't understand what is happening;
2. Because many who do recognize the unfolding tragedy have been threatened and are afraid to speak out; and,
3. Because both public health officers and physicians have been effectively blocked from introducing the public health measures needed to stop further spread of this modern-day plague. 7

Randy Shilts, author of And The Band Played On, recognized this fact when he wrote:

The bitter truth was that AIDS did not just happen to America-It was allowed to happen by an array of institutions, all of which failed to perform their appropriate tasks to safeguard the public health...There was no excuse, in this country and in this time, for the spread of a deadly new epidemic. 8

Tragically, most Americans do not understand the magnitude of the epidemic because our print and TV media have been selective in reporting matters dealing with it. I and many of my colleagues have been thwarted in our efforts to disseminate the truth about the magnitude of the epidemic. This story is documented in my book AIDS: The Unnecessary Epidemic, published in 1991 by Covenant House. In recent years several books have been published which have, in my opinion, presented misleading information about the AIDS epidemic, which has discouraged introduction of the public health measures needed to save human lives.

For centuries epidemics have been stopped by identifying the infected and preventing them from transmitting their illness to others. In the case of HIV disease, it would have been relatively simple to have blocked further spread of the epidemic in the mid-1980s, when the HIV blood test became available. But that didn't happen. Even before the blood test was released in May of 1985, there were forces organizing to block the introduction of public health measures to control further spread of the epidemic. Virtually all necessary public health measures have been precluded because of those efforts. 10, 11

The precedent for public health management of a sexually transmitted disease epidemic was established by Surgeon General Thomas Parren during the syphilis epidemic of the 1930s. Had physicians been allowed to introduce the same public health measures in the mid-1980s, we could have stopped further spread of the plague. What should have been done?

Men and women of conscience are not relieved of their moral responsibility to speak out concerning the manner in which this epidemic has been handled, simply because it has not involved the white heterosexual population of America. In my opinion, almost everyone who acquires this disease today does so because of our nation's failure to implement the necessary public health measures to block further spread of the illness. I sincerely believe that men do become accomplices to those tragedies which they fail to oppose. Failure to speak out in times of moral crises makes cowards of men, and these days we live in are surely times of great moral crisis.

This article was originally published in the
January 1998 Personal Update News Journal.
For a FREE 1-Year Subscription, click here.

Not all beasts are large enough to see with the naked eye. Find out about emergent diseases and biochemical warfare.

Chemtrails: Death in the Air! (Don't laugh, there's substantial evidence that the government has been spraying viruses and God only knows what else on American citizens from the air.)

The Secret Origin of AIDS  |  Is the AIDS Virus Manmade?