This is radical Shiite Islam! 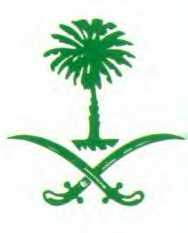 "When you meet the unbelievers in the Jihad, strike off their heads and, when you have laid them low, bind your captives firmly. Then grant them their freedom or take ransom from them, until War shall lay down her burdens."
(Quran: Muhammad: 47 - 4) 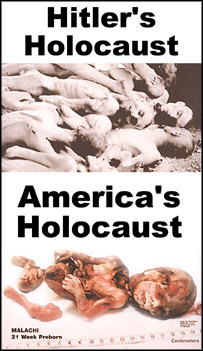 Proverb 8:13, “The fear of the LORD is to hate evil: pride, and
arrogancy, and the evil way, and the froward mouth, do I hate.” 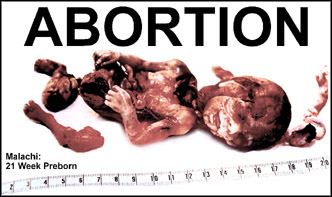 See Inside An Abortion Death Camp

It's Ok to Systematically Kill, Torture and Dismember Children;
But Don't Throw Them Out the Window!

The following news report is disturbing. A 22-year old man lost it, tossing a 3-month baby out the car window. Prosecutors have sought the DEATH PENALTY. Yet, every single day in the United States, medical doctors crack open over 4,000 babies' skulls, sucking their brains out with a powerful vacuum, dismembering those helpless human beings without any pain medications. Those precious babies are painfully tortured to death, with blood-curdling screams.

Here's the newsmedia report of the baby throw out the window...

Baby dies thrown from car on I-275, Richard McTear Jr. in custody

Early on May 5, 2009, the Hillsborough County Sheriff’s office responded to a domestic violence call placed by Jasmine Bedwell who resides at the Marbella Apartments at 12414 N. 15 Street Tampa, Florida. The 911 call was placed at 3:15 A.M.. Jasmine Bedwell told the officers that she had been fighting with her ex-boyfriend, Richard McTear Jr. and that during the course of the argument he had physically assaulted and batter her and her 3 month old son Emanuel Murray, by throwing him down on the concrete. Jasmine stated to officers that after he threw Emanuel down on the pavement he picked him back up, then drove off in a blue, four door Chevy Impala.  McTear is not the baby's father.

A passerby, who happened to be a photographer for WTVT, Channel 13 named Jason Bird, spotted the baby while on his way to work.  According to a St. Pete Times report, Bird is quoted as saying,

"Just out of the corner of my eye, I thought I saw some trash on the side of the road. But the more I thought about it, I saw eyes. It flipped me out, and I started shaking and said, 'It's a doll, a baby doll."

What hypocrisy for our nation to seek the death penalty for killing a 3-month old child, when doctors murder over 4,000 perfectly healthy babies every day in the U.S. I'm not defending the young man who tossed the baby out the car window; I'm saying that God has indicted abortionists. Oh, you didn't know that? Yes, you have been indicted by God's Law, the Divine Prosecutor, and you're going to pay dearly in eternity. Exodus 20:13 condemns all abortionists as murderers! The Bible says God will punish the wicked who die in their sins (2nd Thessalonians 1:8-9). Abortion is murder!!!

My point is that you should hate abortion with the same disgust and sense of nausea that you feel over tossing a baby out of a movie car. That's the whole problem in America! People read the news, all the graphic details, which creates a picture in their minds of a precious baby boy hitting the pavement at 55 m.p.h., his head bashing against the concrete, his little arms and legs cracking and being ripped from their sockets, skin being scrapped off to the bone, blood splattering everywhere, the baby's eyes bursting from head trauma, and then the baby dies slowly over the moments to come, lonely, abandoned and forgotten. If I've made you mad in any way... good, good, good. That's makes me happy, because I can't stand jerks who have no problem with abortion. If the dung-filled newspapers would actually print something worthy of being read, then they would print the step-by-step process by which a baby is murdered by calculated, cold-hearted, killers, called abortion doctors thousands of times every day in America. Murderers!

If you think I'm angry, you don't want to meet God (Psalm 7:11), but YOU WILL in His time (Hebrews 9:27)! Isaiah 45:9, “Woe unto him that striveth with his Maker!” Be afraid! Be very afraid! You abortionists are going to get yours on Judgment Day when you stand before the King of kings and Lord of lords. Your arrogance will cease! Your cocky attitude will vanish and that stupid smirk wiped off your face. It will be too late to repent and you'll be sorry then. I DON'T hate anyone, not even abortionists; God knows I love people; but I hate abortion, because we have no right to kill life which God creates. Psalm 127:3 teaches that children are a heritage, a reward from God.

It is sad and tragic what happened to that little boy on the highway, and the culprit should get the death penalty; but so should EVERY abortion doctor!!! That's my point. If we don't defend the life of the unborn, then who will? God has given us, His children, the job of rising up against the evildoers (psalm 94:16).

Isaiah 13:11, “And I will punish the world for their evil, and the wicked for their iniquity; and I will cause the arrogancy of the proud to cease, and will lay low the haughtiness of the terrible.”

If God could hear the voice of Abel's blood crying out to Him from the ground (Genesis 4:10), do you suppose God has missed the cries of those 50,000,000 infants who've been butchered in America since 1973?