The Coming Destruction Of Babylon USA!!!

Revelation 18:10, “Standing afar off for the fear of her torment, saying, Alas, alas,
that great city Babylon, that mighty city! for in one hour is thy judgment come.” 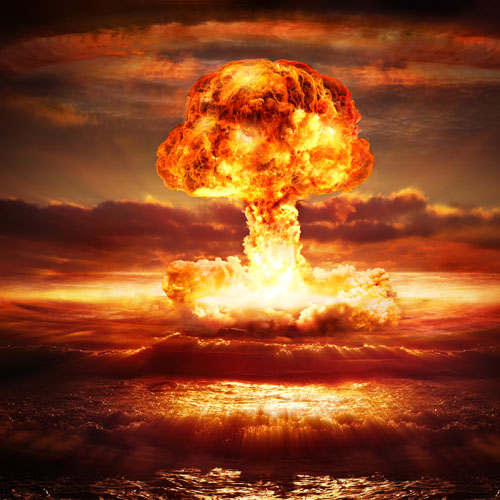 We know from the Holy Scriptures that the woes which will come upon the world will be worldwide and catastrophic! The Bible teaches that there will be an earthquake as never before, which will cause every skyscraper to fall, and even the mountains to sink into the earth, and the islands to vanish. The islands will flee away, likely from rising ocean water (from displaced mountains) and also the ground beneath giving way...

Revelation 16:18-20, “And there were voices, and thunders, and lightnings; and there was a great earthquake, such as was not since men were upon the earth, so mighty an earthquake, and so great. And the great city was divided into three parts, and the cities of the nations fell: and great Babylon came in remembrance before God, to give unto her the cup of the wine of the fierceness of his wrath. And every island fled away, and the mountains were not found.”

I think the Bible is clear that when Babylon, that great city, in Revelation 18 (which I believe is the USA) is destroyed by fire (I think nukes) in one hour, the entire world will mourn, because the good times will have ended. America is the source of the world's entertainment, tourism, financial support, handouts, fashion, delicacies and such! Jesus foretold in Matthew 24 of coming pestilences, famines, wars and rumors of wars (which may refer to media manipulation of the public). World War III is coming, and it won't be pretty.

I think Revelation 18 and the destruction of Babylon in one hour, confirm what Albert Einstein said in 1948... “I do not know with what weapons World War III will be fought, but World War IV will be fought with sticks and stones!” 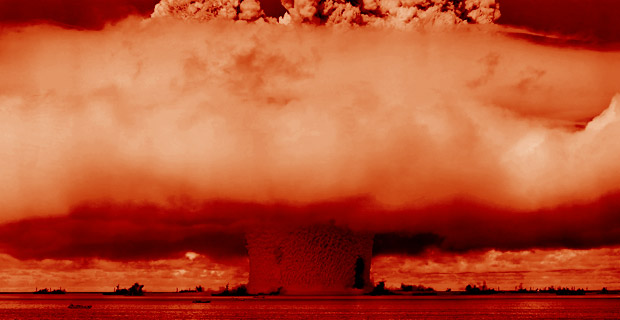 Revelation 18:10 and 18:17-19, “Standing afar off for the fear of her torment, saying, Alas, alas, that great city Babylon, that mighty city! for in one hour is thy judgment come. ... For in one hour so great riches is come to nought. And every shipmaster, and all the company in ships, and sailors, and as many as trade by sea, stood afar off, And cried when they saw the smoke of her burning, saying, What city is like unto this great city! And they cast dust on their heads, and cried, weeping and wailing, saying, Alas, alas, that great city, wherein were made rich all that had ships in the sea by reason of her costliness! for in one hour is she made desolate. Rejoice over her, thou heaven, and ye holy apostles and prophets; for God hath avenged you on her.”

THE GREAT WHORE IS MANMADE ISRAEL
(and by proxy the United States of America!!!)

“For true and righteous are his judgments: for he hath judged the great whore,
which did corrupt the earth with her fornication...” ―Revelation 19:2

Mary (the mother of Jesus) is not the great whore. Catholicism's Mother Mary (the Catholic religion) is a whore, but according to Revelation 11:8 and 17:18 it is the modern manmade city of Jerusalem that is THE GREAT WHORE!!! Revelation 17:18, “And the woman which thou sawest is that great city, which reigneth over the kings of the earth.” The manmade city of Jerusalem today (established in May of 1948) represents the Luciferian elite, aka, “the Illuminati” (or “Globalists”) who reinstated Israel as a manmade nation in 1948. The problem is that Bible prophecy teaches us God will restore Israel when the Lord Jesus Christ returns at His SECOND COMING, at which time a repentant remnant of believing Jews will turn toward God by faith and receive their true Messiah—the Lord Jesus Christ (Hosea 3:4-5). Although many Jews have returned to the land of Israel since 1948, they have NOT yet returned unto the Lord. Thus, Israel today is no different than any other heathen nation, like France, the United States, China, Russia, Iran, et cetera. Kindly, Israel is just another wicked nation without God today. The Jewish religion of Judaism strongly rejects Jesus Christ as their Messiah. God does not honor such a satanic religion! And may I say, America is a proxy for Masonic Israel, and I believe the destruction of Babylon as foretold in Revelation 18 is the United States!!! Many Bible students have errantly concluded that the Roman Catholic Vatican is the great city of Revelation 17:18 that reigns over the kings of the earth, but remember, the Antichrist when he appears doesn't stand up in the Vatican and proclaim to be God (2nd Thessalonians 2:4; Daniel 9:27; 11:31; 12:11; Matthew 24:15); but rather, from the soon to be rebuilt temple in JERUSALEM. If the Vatican reigns over the leaders of the world's nations, then it wouldn't make sense for the Antichrist to declare his Godhood from Israel. I believe the False Prophet (the Second Beast in Revelation 13:11-15) will be the Catholic Pope. Revelation 11:8 plainly tells us that “the great city” is Jerusalem, where our Lord was crucified, which is spiritually called Sodom and Egypt (two of the most wicked places on earth throughout history). Please don't miss what I just taught you... The Holy Bible calls apostate Israel a spiritual Sodom and Egypt!

“For true and righteous are his judgments: for he hath judged the great whore, which did corrupt the earth with her fornication, and hath avenged the blood of his servants at her hand.” ―Revelation 19:2

“And the woman was arrayed in purple and scarlet color, and decked with gold and precious stones and pearls, having a golden cup in her hand full of abominations and filthiness of her fornication: And upon her forehead was a name written, MYSTERY, BABYLON THE GREAT, THE MOTHER OF HARLOTS AND ABOMINATIONS OF THE EARTH.” ―Revelation 17:4-5

Some people have errantly concluded that I am against Zion in the Holy Bible. Let me clarify that I DO believe that the true nation of Israel is God's holy nation. But this refers only to TRUE Israel, and not the present manmade secular state of Israel formed in May of 1948. The same Masonic powers behind the formation of America are the same forces behind the formation of manmade Israel in 1948. Just as Abraham and Sarah took matters into their own hands, demanding for God to bless Ishmael (which He refused to do), instead of waiting upon the promise of God for a son; so also do many Jews today demand that God bless manmade Israel, in her apostate condition, but God has justly refused to do so. God doesn't bless Christ-rejecters! Hosea 3:5-6 teaches that God will restore TRUE Israel when Jesus Christ returns, and the Jews repent toward the Lord Jesus Christ by faith.