Can You Trust Your Lexicon? 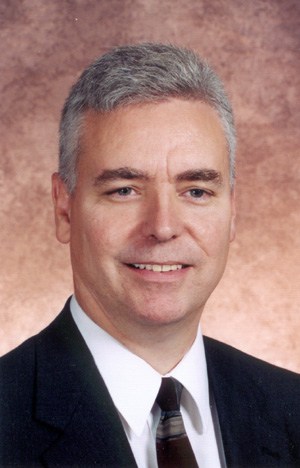 There is nothing that two "computer people" enjoy more than having a technical conversation in front of someone else who is not a computer person. At the end of the interchange filled with "DASDs", "peripherals", "EBCDICs" and other computer terms, the two computer people know exactly what has been said, and the third person thinks that maybe they were speaking in Navaho.

If we do not understand the meaning of the words someone is using, we cannot receive their message accurately. So it is with the words found in the Bible. If those words do not have precise meanings, they cannot communicate a precise message.

Because Biblical Greek is not our living language - we do not speak Greek - we rely on other men who specialize in languages to tell us the meaning of Greek words found in the Received Text. In the case of the King James Bible we trust in the expertise of its translators and more than that in the providential protection that God exercised in the form of preservation (not double inspiration).

The most commonly used Greek-English Lexicon is one prepared in the very late 1800's by Joseph Henry Thayer. It is, for example, the lexicon used in the Online Bible computer program, and probably the one on most modern pastor's bookshelves. Let us see just how valid this lexicon is as a substitute for the translation skills of the King James translators and the preservation promised by God Himself.

I would insist that anyone who wishes to use I Thayer's Lexicon firsts read the "Publisher's Introduction." These five pages are filled with valuable tidbits that can open an honest man's eyes to the dangers that follow.

The introduction starts by claiming it is impossible to understand passages such as II Thessalonians 2:6-7 (where the word "let" is used as a synonym for "hinder") without the aid of a good Greek Lexicon. (They seem to forget the availability of a good English language dictionary). The introduction then goes on to give a lengthy discussion of the Greek words that are translated "repent" or "repentance" in the Bible. This, in itself, is not bad, but what follows after should open the reader's eyes their very widest. The following is the exact quotation from the Publisher's introduction to Thayer's Greek-English Lexicon:

"A word of caution is necessary. Thayer was a Unitarian, and the errors of this sect occasionally come through in the explanatory notes. The reader should be alert for both subtle and blatant denials of such doctrines as the Trinity (Thayer regarded Christ as a mere man and the Holy Spirit as an impersonal force emanating from God), the inherent and total depravity of fallen human nature, the eternal punishment of the wicked, and Biblical inerrancy. When defining metamelomai [the Greek word for regret], Thayer refuses to draw a clear distinction between this word and metanoeo [the Greek word for a change of mind - repentance]. Underlying this refusal is the view that man is inherently good, needing Christ not as a Savior but only as an example."

After the reader has picked his jaw up off the floor, and continues reading, he will be treated to other comments such as this:

"Thayer's Greek-English Lexicon and Strong's Exhaustive Concordance are based on different Greek texts of the New Testament. Strong prefers the Received Text that underlies the King James Version; Thayer, the critical text of Westcott and Hort that underlies the English Revised Version (1881) and the American Standard Version (1901) [and the NASV]."

This should not surprise us as we already knew that Thayer was on the committee that assembled the Revised Version of 1881.

In this instance, what the man has actually found is that Thayer, the author of the lexicon and the contributor to the Revised Version, agrees with himself. Is this such a surprise? Should we have expected anything else?

This is yet another strike against the modern versions. They are being translated by men who learned their Greek at the feet of an apostate Unitarian. For example, when they insist that the translation of monogenes should be "one of a kind" instead of "only begotten", who do you think taught them that? . . . Joseph Henry Thayer, of course.

The next time someone challenges your King James Bible with a Greek Lexicon, realize that what they are really doing is putting their apostate universalist Unitarian lexicon author up against the godly men who translated the King James Bible. The same holds true when a pastor stands in a pulpit and corrects the King James translators. It is simply a case of going to the other side to get an opinion.
If you can't trust your lexicon, who can you trust? Well, you could start by trusting God when He promised to preserve His word. There are good lexicons out there, but our trust is in God's preserved word, not in our ability to check up on the King James translators.

I'll take the men who translated the King James Bible and the God who preserved His word over any dozen lost apostate men who write lexicons. Don't let the lexicon, or those that trust in it, deceive you. Stick with your King James Bible.