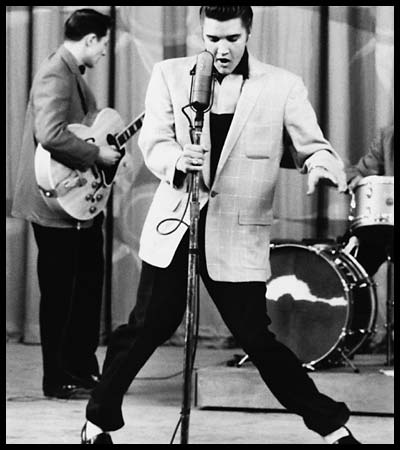 It is sad that so many born-again believers are promoting worldliness. I certainly don't condemn anyone, because we are all hell-deserving sinners in God's eyes. My righteous rests solely in the righteousness of Jesus Christ which is by faith alone (Romans 4:5). My intent is not to condemn anyone for their personal sins; but rather, to expose those who publicly parade their sins.

American is filled with professed "Christians" who do business at bars, nightclubs and other worldly places of entertainment. Elvis Presley lived his life glorifying the works of the flesh. Elvis would sing disgusting worldly lyrics to rock-n-roll rhythms for most of his songs... and then sing ONE gospel song at the end.

The term "Christian" was first given to believers by the heathens at Antioch, Syria (Acts 11:26). It was the Christlike testimony of those early believers that caused the unsaved people to label them as "Christians."

The average believer knows the TV Guide better than they do the Bible. Jesus warned us not to become "choked" by the cares, pleasures and riches of this world...

"And that which fell among thorns are they, which, when they have heard, go forth, and are choked with cares and riches and pleasures of this life, and bring no fruit to perfection."

Jesus spoke of picking up our cross to follow Him. The Bible clearly teaches that those who live godly in Christ Jesus SHALL suffer persecution (2nd Timothy 3:12). No wonder America is going to hell... we have become a nation of ENTERTAINMENT CHRISTIANS.

America is Absolutely a Satanic Nation

Satan Must Run His Course

Stick in the Mud

Taking a Stand for God!