What If You're Wrong?

“In flaming fire taking vengeance on them that know not God, and that obey not the gospel of our Lord Jesus Christ: Who shall be punished with everlasting destruction from the presence of the Lord, and from the glory of his power” —2nd Thessalonians 1:8,9 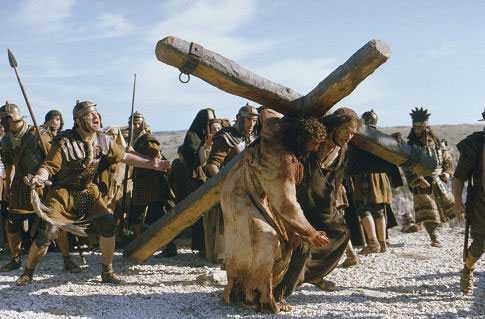 2nd Thessalonians 1:8-9 WARNS that everyone who disobeys the Gospel, by refusing to come to the Father by way of the Son of God, will burn in Hellfire. In John 14:6 Jesus proclaimed... “I am the way, the truth, and the life: no man cometh unto the Father, but by me.” It's Jesus Christ or Hell my friend.

Are you willing to risk all eternity on the worldly assumption that the Bible was written by men merely as a means to control the masses? If that were true, then why did those men make the Bible so offensive to read? The Bible is the most offensive Book on the planet, because it shows us our sinfulness and gives us a brutal dose of reality. If men could write the Bible, they wouldn't; and if they would, they couldn't. Archeological discoveries have proven that the Bible was written by dozens of various writers spanning a period of 1500 years! Amazingly, most of these men never met each other, and spoke different languages, yet the 66 books of the Bible perfectly cross-references in agreement.

Interestingly, there is not one shred of evidence in support of the theories of Evolution; yet many people blindly accept it as fact. Walt Disney's, History Channel, teaches Evolution as if it were a fact, confidently claiming that the earth is billions-of-years old and evolved from a speck smaller than a single atom. Then there was a mysterious Big Bang! Yet, they have no evidence of these claims. In sharp contrast, the Bible has much historical and archeological evidence to support it's claims; yet most people blindly reject and deny the Bible as being the Words of Almighty God.

Just in consideration of Catholicism, Islam, Buddhism, Hinduism and Humanism—it is clearly evident that most of this world is going to Hell according to the Word of God. There are thousands of false religions and demonic cults in this world that blind people from the truth of God's Word (2nd Corinthians 4:4).

It is not difficult to know what the truth is if you have a sincere desire to know the truth. Pilate made an interesting statement to Jesus in John 18:38... “What is truth?” In verse 37 Jesus said, ” ...Every one that is of the truth heareth my voice.” It is amazing that Pilate was speaking to Jesus Christ, Who is The Truth (John 14:6); and yet Pilate couldn't see the truth. Oh, how this is so common today!

So many people today speak about truth, but they are willingly blinded fools. You see, when a person willingly rejects the Word of God as truth, then they open themselves up to all sorts of demonic influences and Satanic brainwashing. The first step to wisdom is to accept the Bible as being THE WORD OF GOD! 1st Peter 1:23 tells us that we are born again by the Word of God... “Being born again, not of corruptible seed, but of incorruptible, by the word of God, which liveth and abideth for ever.” There can be NO salvation without the Word of God, for the Gospel itself is contained in the Bible (Romans 1:16; 1st Corinthians 15:1-4).

Believing in God is Not Enough!

Christ died, that's history; Christ died for me, that's salvation! It is tragic that 99% of the people in this world have not believed on Jesus Christ for their salvation. Most of the people in this world are vain trusting in religion to save them. Ironically, most of these same unsaved people profess faith in a divine God, but won't trust in a divine Savior. As we learn from James 2:19, merely believing in God is insufficient to get a person to Heaven... “Thou believest that there is one God; thou doest well: the devils also believe, and tremble.” Salvation is believing that Jesus is the Son of God, the Christ, trusting upon His name to forgive our sins (John 20:31). Jesus paid for our sins with His own precious literal blood (1st Peter 1:18,19; 1st John 1:7; Revelation 1:5).

The Godhead was manifest to mankind in the Person of the Lord Jesus Christ (Colossians 2:9. Note: All Scripture references are only to the King James Bible). Literally, God the Father, God the Son, and God the Holy Spirit were embodied within the flesh of Jesus Christ. John 1:14, “And the Word was made flesh, and dwelt among us, (and we beheld his glory, the glory as of the only begotten of the Father,) full of grace and truth.” Jesus came as God manifest in the flesh (John 1:1-3,14; 1st Timothy 3:16; Revelation 19:13). Believe it!

Jesus Came to Save Us from Sin

Jesus Christ came into this world to save sinners (1st Timothy 1:15; Matthew 18:11). What a wonderful truth it is to know that the sole purpose of Jesus coming into this world—was to rescue us from the condemnation of sin, the penalty of sin, the stronghold of sin, and the guilt of sin.

Are you still in your sins without Christ? Are you following some false religion instead of the Bible? What if you're wrong friend? What if the Bible is God's Word? What if salvation truly is ONLY through Jesus Christ? You don't have to go to Hellfire. 2nd Peter 3:9 says that God is “not willing that any should perish, but that all should come to repentance.” Salvation is a free gift. The only sin you have to forsake to be saved is the sin of unbelief. If you realize that you are condemned under God's Law because of your sins, and you admit your GUILT OF SIN (Romans 3:19), then you simply need to believe on the Lord Jesus Christ to be saved (Acts 16:31). Salvation is received, not achieved. Eternal life is a free gift of God (Romans 5:15; 6:23, based upon the PROMISES of God (Titus 1:2).

We are sinners and Jesus is the Savior! One trillion years won't even be the beginning of eternity! Are you really willing to take the ultimate risk, making the most foolish gamble in the universe, with your eternal destiny? Not me! I am so glad that I've been born-again in Christ Jesus! This temporal life will soon be over, and then we will spend all eternity in either the splendors of Heaven with the Lord, or suffering in the lonely torments of Hellfire. The worst thing about Hell won't be the flames that burn you 24/7, it will be KNOWING that eternal life was a “free gift” that you could have freely received by faith in Jesus Christ; but you didn't because of your sinful pride and love for sin (John 3:20).

You could have went to Heaven simply by the taking; but you went to Hell because of your sinful unbelief and contempt for the Lord Jesus Christ. You could have shared all of Christ's riches in Heaven and been in the presence of His glory forever; but you will suffer the wrath of God instead in the flaming fires of Hell for ever and ever (2nd Thessalonians 1:8-9). You don't need religion or church to get to Heaven—you need Jesus Christ!!!

“Of how much sorer punishment, suppose ye, shall he be thought worthy, who hath trodden under foot the Son of God, and hath counted the blood of the covenant, wherewith he was sanctified, an unholy thing, and hath done despite unto the Spirit of grace?” —Hebrews 10:29