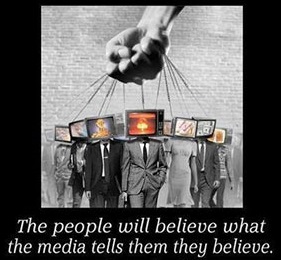 “The Constitution is a mere thing of wax in the hands of the judiciary, which they may twist and shape into any form they please.” —Thomas Jefferson

"To insist on strength ... is not war-mongering. It is peace-mongering." —Barry Morris Goldwater

"If a nation values anything more than freedom, it will Lose its freedom: and the irony of it is that if it is comfort or money that it values more, it will lose that, too." —William Somerset Maugham (1874-1965), British writer

"Politics is the art of making your selfish desires seem like the national interest." —Thomas Sowell

"It is a socialist idea that making profits is a vice. I consider the real vice is making losses."
—Sir Winston Leonard Spenser Churchill

"As soon as laws are necessary for men, they are no longer fit for freedom."
—Pythagorus

"A free society is one where it is safe to be unpopular." —Adlai Ewing Stevenson

"People demand freedom of speech to make up for the freedom of thought which they avoid." —Socrates

"We must face the fact that the preservation of individual freedom is incompatible with a full satisfaction of our views of distributive justice." —Friedrich August von Hayek

"History suggests that Capitalism is a necessary condition for political freedom." —Milton Friedman (b. 1912), American economist

"It is glorious to get rich" —Deng Xiaoping

"It is amazing how many people seem to think that the government exists to turn their prejudices into laws." —Thomas Sowell

"None can love freedom heartily but good men; the rest love not freedom, but license." —John Milton

"It is seldom that liberty of any kind is lost all at once." —David Hume

"The best way to help the poor is the provide them property rights." —Liu Junning

"The office of government is not to confer happiness, but to give men the opportunity to work out happiness for themselves." —William Ellery Channing (1780-1842)

"If peace is equated simply with the absence of war, it can become abject pacifism that turns the world over to the most ruthless." —Henry Alfred Kissinger

"Good government generally begins in the family, and if the moral character of a people once degenerate, their political character must soon follow." —Elias Boudinot

"The true danger is when liberty is nibbled away, for expedients, and by parts." —Edmund Burke (1729-97), Irish-born British politician, writer

"A free lunch is only found in mousetraps." —John Capozzi

"The greatest lesson we can learn from the past. . . is that freedom is at the core of every successful nation in the world." —Frederick Chiluba

"Everything that is really great and inspiring is created by the individual who can labor in freedom." —Albert Einstein (1875-1955)

"The study of history is a powerful antidote to contemporary arrogance." —Paul Johnson

"Certainly, it is a world of scarcity. But the scarcity is not confined to iron ore and arable land. The most constricting scarcities are those of character and personality." —William R. Allen

"...mercy to the guilty is cruelty to the innocent..." —Adam Smith

"A ruling intelligentsia, whether in Europe, Asia or Africa, treats the masses as raw material to be experimented on, processed, and wasted at will." —Eric Hoffer

"...everything can be taken from a man but one thing: the last of the human freedoms -- to choose one's attitude in any given set of circumstances, to choose one's own way." —Viktor Frankl

"These are the times that try men's souls. The summer soldier and the sunshine patriot will, in this crisis, shrink from the service of their country; but he that stands it now, deserves the love and thanks of man and woman." —Thomas Paine

"...human rights, human freedoms, and human dignity have their deepest roots somewhere outside the perceptible world. These values are as powerful as they are because, under certain circumstances, people accept them without compulsion and are willing to die for them." —Vaclav Havel

"It is obviously good and proper to respect the U.S. flag, perpetuated with the blood of American heroes. On the other hand, it can be a fatal mistake, a nuking of the Bill of Rights, not to recognize scoundrels who wrap themselves in the same flag to cover up their crimes against the American common people." —Sherman Skolnick

"I believe there are more instances of the abridgement of the freedom of the people by gradual and silent encroachments of those in power than by violent and sudden usurpations." —James Madison

"It is the duty of the patriot to protect his country from his government." —Thomas Paine

"When all government, domestic and foreign, in little as in great things, shall be drawn to Washington as the center of all power, it will ... become as venal and oppressive as the government from which we separated." —Thomas Jefferson

"Evil triumphs when good men do nothing." —Thomas Jefferson

"Educate your children to self-control, to the habit of holding passion and prejudice and evil tendencies subject to an upright and reasoning will, and you have done much to abolish misery from their future and crimes from society." —Benjamin Franklin

"Only a virtuous people are capable of freedom.  As nations become corrupt and vicious, they have more need of masters." —Benjamin Franklin

"They that give up essential liberty to obtain a little temporary safety deserve neither liberty or safety." —Ben Franklin

'It would be a hard government that should tax its people one-tenth part of their income. —Ben Franklin