To Whom Do Catholics Pray? 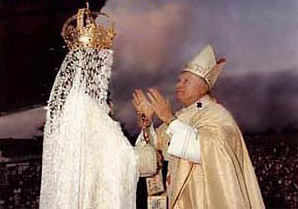 Ye Must Be Born Again