Wall Street INJUSTICE!
The international bankers are controlling and stealing everything!

The money powers are TRAITORS TO THE CONSTITUTION and THE AMERICAN PEOPLE!

The following is something you won't learn in any traditional school or hear from the mainstream newsmedia. This is the sinful cold reality of the wicked world in which we live. Truly Satan is the god of this sinful world, just as the Bible teaches (2nd Corinthians 4:4).

Americans are barely surviving in street drains below Las Vegas and eating rats because they can't find even a minimum wage job; meanwhile Wall Street bankers continue to loot our Treasury, bilking American citizens out of TRILLIONS of dollars. $9 TRILLION Missing from Federal Reserve, Fed Inspector General Can't Explain Anything. Crime is epidemic on Wall Street. Proceedings against individual bank employees are rare, and authorities have had difficulty winning cases over the decades. When they talk about “justice,” they really mean “JUST US.” Here's how Wall Street IN-justice works...

When normal people steal, they don't pay fines. Instead, they go to prison. Yet the Department of Justice gives Wall Street special treatment. A DOJ lawyer realizes that today's target is tomorrow's client. When big guns leave the DOJ, they are made partner at large law firms - even though the big guns have no portable book of business.

DOJ lawyers then call on the same companies they investigated, seeking them out for business. The targets - forced to pay token fines for billion-dollar thefts - are happy to obligate. Kicking back a cool million to the guy who did you a solid by not indicting you is good business.

There's no better example than the case of former AIG fraudster, Hank Greenberg:

You can read the court's 83-page ruling here. After reading the ruling, I thought: "I wonder if the Department of Justice will indict Greenberg. The fraud case is clearly laid out. This is basically a trial notebook for the prosecutor's to use." Actually, no, I did not wonder that.

I did, however, vaguely remember a story involving Greenberg's receiving a no-prosecution promise from DOJ.

As expected, the Department of Justice [sic] lawyers put their own interest ahead of the public's. People don't go to DOJ to serve the public. The go to DOJ to build relationships with people like Hank Greenberg:

Remember this when the government says, "Ask not what your country can do for you. Ask what you an do for our country." Remember, too, that the person who made that statement never worked a day in his life, and inherited his wealth from his anti-American, law-breaking father.

So few Americans understand the evils behind the Federal Reserve Act illegally enacted in 1913. It is the single most detrimental piece of bogus legislation ever passed to bring our nation to its knees. Listen to prolific author G. Edward Griffin (he names names) explain this woeful evil. History plainly evidences that The Great Depression of 1933 was scientifically engineered by the banking cartel who railroaded the Federal Reserve Act of 1913 through Congress during a Christmas weekend when most members of Congress were away. President Woodrow Wilson sold out his country to the criminal bankers. Wilson is the true Benedict Arnold of history.

And if that's not bad enough, the government has deliberately encouraged illegal immigration from Mexico to the U.S. for decades. The Mormon-owned Marriott hotel chain employees thousands of Mexican illegal-immigrants around the country, most of whom don't speak a word of English. The hotel employs one bilingual person to supervisor them. They should all be in prison for breaking the law, including Marriott hotel owners. Tragically, the government is now passing laws to legalize such criminal activity. It's all part of the treasonous destruction of America's sovereignty. The North American Union will happen very soon, uniting the U.S. with Mexico and Canada. The NWO has already divided the world into six regions, centralizing world government control.

God segregated mankind at Babel. In every case where men attempt to undo what God hath wrought, the type of wickedness which existed before the flood of Noah's day follows. That's the entire reason why God separated men from each other, changing their languages and geographical locations. When races unite, Satan always leads them in rebellion against God. As the U.S. becomes more integrated with other nations, the wickedness will only continue to wax worse and worse.

Few Americans realize that The Council On Foreign Relations (CFR) runs America. The CFR is composed of several thousands members, including top executives and administrators from every department of federal government. Evangelical ministers, university professors, hotel owners, mainstream newsmedia, Hollywood, bankers, scientists and politicians are all members of the CFR, all committed to the agendas of the criminal global elite (aka, the Illuminati). The New World Order (NWO) is synonymous with globalization and every wickedness known to mankind.

“All the new World Order is, is powerful offshore corporations and banks that combine forces to bring in tyranny on a society-wide basis. All the New World Order is, is private corporations paying off your government to sign treaties with them, granting them government power to create monopolies and cartels, to control the free market and society. They have stolen us blind. They have stolen Iceland and England and Europe and Canada and Australia and the United States blind. It is fraudulent. It is based in fraud. They can create unlimited derivatives, unlimited currency and credit for themselves, but they need fake environmentalism to actually get your property. They need fake government rules to seize all the major highways and roads and turn them into toll-roads for offshore corporations like Centra of Spain. This is looting. This is corruption.

Because the general public is only focused on football and on Hollywood stars and on diversions, the establishment is able to get away with this. But they have gone so far in their crimes. They have done so much evil, that if we simply stand up and point out that the emperor is wearing no clothes, and point out the crimes they have committed, and that Geitner and Paulson and all these people have given themselves hundreds-of-millions of dollars individually to themselves out of the banker bailout money, and that the number is really $28,000,000,000,000 (not $700,000,000,000), and that they engineered this and then McClatchy Newspapers wrote a five part series in December exposing that this is premeditated; if we expose them, if we point out what they've done, if we simply have the energy to point out that they are the harbiture, the progenitor, the engine behind our economy falling apart; they want to destroy the economy; Ron Paul has said that, because when they bankrupt you, you go under government control.

The roaring twenties were nothing more than the bankers fattening the calf for slaughter, and oh how they slaughtered the American people during The Great Depression, killing the fatted calf. People lost their homes and farms. People were jumping from off tall buildings and bridges to their death. Others shot themselves in the head, having lost everything to the greedy Banksters. The international Banksters were the worst gangsters of the 20th century, and still today.

The Federal Reserve monstrosity is still doing damage today. In fact, it has escalated over the past few years unprecedented since it's inception in 1913. The bankers have blatantly STOLEN $23,700,000,000,000 over the past couple years alone from American tax-payers!!! These are the culprits behind the theft of American's homes. It is banking fraud.

The United States will soon become as a third world nation, where the average American cannot afford any luxuries. Food will become very expensive. America's largest cities will become as Mexico City, infested with poverty and crime. Social Security and Welfare benefits WILL BE REDUCED significantly.

The worst gangsters of the 20th century, and still today, are the banking cartel. Wall Street and Washington D.C. are more wicked than Sodom and Gomorrah ever could have imagined. Wall Street is the true SIN CITY in America! END

Ecclesiastes 5:8, “If thou seest the oppression of the poor, and violent perverting of judgment and justice in a province, marvel not at the matter: for he that is higher than the highest regardeth; and there be higher than they.” —King James Bible

A Special Place in Hell...

“You are a den of vipers! I intend to rout you out, and by the Eternal God I will rout you out. If the people only understood the rank injustice of our money and banking system, there would be a revolution before morning.” —U.S. President Andrew Jackson (1829-1837) 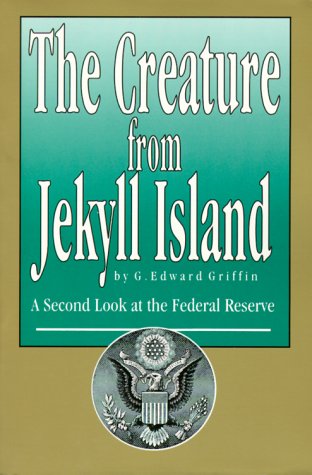 The Creature From Jekyll Island (article)

The Grand Deception (2nd Edition)
(A Second Look at the War on Terrorism - by Dr. G. Edward Griffin)

Here's a backup of 'THE GRAND DECEPTION'

The Creature from Jekyll Island: A Lecture on the Federal Reserve (download: Real Audio | MP3)
Professor G. Edward Griffin exposes the most blatant scam of all history. It’s all here—the cause of wars, boom-bust cycles,
inflation, depression, prosperity, et cetera. It's just exactly what every American needs to know about the power of the central bank!

People who wish to remain FREE can follow only one plan of action. They must support Christianity against ALL forms of atheism and secularism. (SOURCE: PAWNS IN THE GAME, page 127, by William Guy Carr, 1958).

Wall Street is a rat-infested, worm-hole of maggots, thieves, and criminals. Wall Street is synonymous with INJUSTICE! Washington D.C. hires their so-called public servants right from the slime-pits of Wall Street, criminals every one! Listen to what Alex Jones has to say about them from Infowars on 12-18-11. 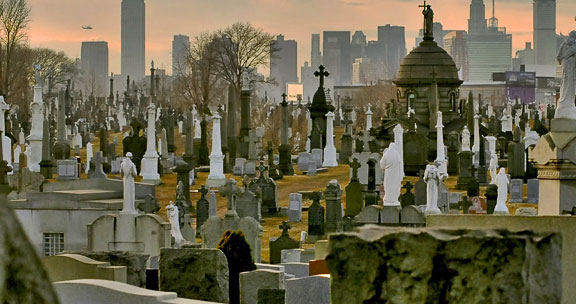 Hebrews 9:27, “And as it is appointed unto men once to die, but after this the judgment.”

“This whole society is rotten and godless. The wrath of God is upon America. Mark my
word: if God’s Word be true, this nation is headed for the dust.” —Pastor Tom Malone (1971)

“Evil triumphs when good men do nothing!” ―Thomas Jefferson