According to figures published recently by the Office for National Statistics, alcohol-related deaths more than doubled between 1979 and 2000. 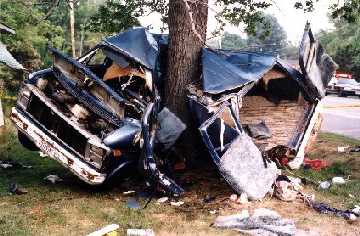 Deaths connected to alcohol were lower for women, though they also rose over the twenty-one year period. The incidence of alcohol-related death between 1979 and 2000 increased threefold for people between the ages of 25 and 44 years.

The Health spokesman for the Liberal Democratic Party, Patsy Calton MP, said that the statistics showed that there was a considerable way to go in educating people about the dangers of excessive drinking. She called on the Department of Health to speed up the implementation of its alcohol strategy - announced as long ago as 1998 – and went on to say: "This problem has been getting dramatically worse in the face of Government inaction. There must clearly be more research into the problems and better information especially for young people. The Government must get its act together and implement an alcohol strategy."

According to the Liberal Democrats, funds from the Department of Health for the purpose of health promotion work on alcohol misuse have dropped by twenty per cent during the course of the last year.

They also pointed out that the estimated cost of treating alcohol-related illness in the national Health Service is £207 million and drew attention to the report by the Royal College of Physicians, 2001, which suggested that the total cost to the NHS of alcohol abuse to be £3 billion.

Alcohol Concern has also expressed its grave concern about the rise in the number of alcohol related deaths.

A spokes man for Alcohol Concern, speaking on BBC Radio Five's Lunchtime News, said, "The ONS show that there has been almost a year on year increase in the numbers of people who die from alcohol related diseases since 1979. What is particularly worrying is that people are dying younger, and also that the death rate has increased amongst women.

"The Chief Medical Officer's report in 2001 highlighted that cirrhosis accounts for nearly 500 deaths in men, and nearly 300 deaths in women, amongst a very young age group 25-44.

"We know that alcohol is indicated in a number of other health problems, such as high blood pressure, exacerbating mental health issues just to mention a few.

"Culturally we have always been binge drinkersrather than spreading it out in more moderation across the week. But also we are choosing to start families later, we are earning more than we did before and all of this means we can spend more money on socializing, of which drinking plays a significant part. The boom in the pub and bar industry really shows that they are cashing in very much on this trend.

"What we would like to see is some firm action taken to deal with this. We are expecting strategies from the Government this summer which will hopefully help to deal with some of the problems which are caused by alcohol misuse.

"Key areas that we would like to see include more awareness of sensible drinking guidelines, and what they actually equate to whilst you are in the pub. Better treatment and services for people who need help.

"Also for people to realise that drinking above safe recommended limits can harm your health, even if you are not what many people would think of as a stereotypical alcoholic.

"I think there is also a role to be played in primary health care, for GPs and nurses to let us know when our drinking is getting above those daily limits. There is evidence to show that is an incredibly effective way of getting people to change the way that they drink."

Quite apart from the diseases caused by alcohol, there are also worries about the increasing number of accidents happening where alcohol is involved. This was one of the factors behind the Government's decision to publish daily alcohol recommended rates, rather than weekly, in what turned out to be an ineffective attempt to counter binge drinking.

The Government is due to publish the interim findings of their consultation process on alcohol misuse this spring. They have committed themselves to implementing the strategy by 2004. However, many commentators, pointing to the enormous delays already seen in the production of the strategy, are calling for action to be taken much sooner.

God is Against Alcohol, Period!

"I've stood for more sneers and scoffs and insults and had my life threatened from one end of the land to the other by this God-forsaken gang of thugs and cutthroats because I have come out uncompromisingly against them." -Billy Sunday

"Whiskey and beer are all right in their place, but their place is in hell." —Billy Sunday

"The man who votes for the saloon is pulling on the same rope with the devil, whether he knows it or not." —Billy Sunday