(Beer must be outlawed!) 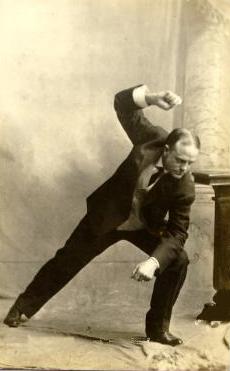 "Envyings, murders, drunkenness, revellings, and such like: of the which I tell you before, as I have also told you in time past, that they which do such things shall not inherit the kingdom of God." -Galatians 5:21

God hates alcohol!  Alcohol has led many unsuspecting victims into the SIN of drunkenness.  It destroys lives!!!  I stood over the grave of a mother and her child, both murdered by a drunk driver.  The drunk driver lived, but he killed a pregnant mother and her unborn child.  That man is a cold-blooded murderer.  Alcohol is inherently EVIL!  Alcohol MUST be outlawed, banned completely because it is a deadly poison!

Beer is extremely dangerous because it contains less alcohol than stronger drinks such as whiskey.  Beer drinkers are under a FALSE sense of security and are likely to consume much more alcohol.  Most deaths caused by alcohol are directly the result of BEER drinking, not hard liquor.  ALL types of alcoholic drinks need to be banned from American society.   America needs Billy Sundays to rise up all across this once great nation, preaching uncompromisingly hard and loud against the sin of drinking alcohol.

The age old excuse for drinking alcohol is that it is a "medicine."  Oh boy, please stop!  You've got to be kidding me.  There's drug stores and supermarkets all across the United States where you can obtain NyQuil or other medications if you need something to help you sleep.  Every fool looks for an excuse to self-justify his folly.  I actually heard this porn queen on the TV news try to justify her evil deeds...saying that Adam and Eve were naked in Eden.  There is no excuse!  You can repaint sin any color you want, it's still sin.  You can try to recreate God in your own image all you want, God is unchanging (Malachi 3:6).  Drinking alcohol is a fool's game of Russian-roulette!  No one ever says, "Hey, I want to kill somebody today while under the influence of Alcohol."  Yet, hundreds-of-thousands of people every year die in America because of alcohol-related accidents.

Or was it an accident?  If the U.S. government knows these horrifying statistics and does nothing to prevent it, then they are ACCOMPLICES!  Government at all levels in America are guilty of murder.  It is insane.  American government is crazy.  Bitter almonds are outlawed in American because of the poisoning hazard they pose if too many are eaten.  Yet, alcohol is available all across America.   Talk about hypocrisy!  The government actually issues health warnings on a regular basis about the dangers of five-gallon buckets (because a few dozen children a year were falling into them and drowning).  Yet, look at the mass number of graves across America because of alcohol...millions!!!  Do you have any idea what the nightmare of alcohol is costing America's citizens?

That's $166,543,000,000!   It cost the American people $166,543,000,000 in 1995 because of the evils associated with alcohol.  That adds up to trillions of wasted dollars every decade!  A person who would defend alcohol is a friend to Satan.  So many people make the foolish mistake of question the sinfulness of alcohol itself.  Don't look at the alcohol, look at the statistics!  Look at what evils are caused by the consumption of alcohol!  Most people wake up to the evils of alcohol and a greedy government when their child gets plowed into by a drunkard.  When you see your child's head cracked open, with brains hanging out, with blood splattered all over the street, and some drunk fool behind the wheel doesn't even know what just happened...then maybe you'll stop being a fool and wake up.

I hate alcohol.  I watched a man run a knife clear through his hand while cutting a rubber hose because he had too much alcohol to drink.  And that's the great deception, how much alcohol is too much?  It's a fact that many accidents involving alcohol are committed by drunks within the legal limit of 0.08 BAC.  So legally they are not considered "drunk."  It is wickedness in the sight of God Almighty!

"I am the sworn, eternal and uncompromising enemy of the liquor traffic.  I have been, and will go on, fighting that damnable, dirty, rotten business with all the power at my command.  I shall ask no quarter from that gang, and they shall get none from me." -Billy Sunday (from The Curse of Liquor!)

Many fireworks were banned across America over the past few decades because of all the people being severely injured.  "Cherry bombs" were a favorite firework of children decades ago (much like the more recent M-80 firecracker, which is also illegal).  Yet, most of the fireworks victims did not die.   Many were blinded, other were severely burned, but few died.  Alcohol is a leading cause of death in the United States.  SO why won't legislators pass laws to make alcohol illegal?  The Bible tells us why in 1st Timothy 6:10, "For the love of money is the root of all evil..."  Hell will be hot for those who deliberately license sin.

"And take heed to yourselves, lest at any time your hearts be overcharged with surfeiting, and drunkenness, and cares of this life, and so that day come upon you unawares." -Luke 21:34

So many people turn to alcohol to escape their problems.  "Wine, women, and song" is the old saying.  Today, the saying is "Sex, drugs, and rock-n-roll."  Well, God is against immoral sex, drug abuse, and Satanic music.  God is against alcohol because of what it does to society.  Do you foolishly think God would actually approve of such a dangerous substance?

"Wine is a mocker, strong drink is raging: and whosoever is deceived thereby is not wise...Bread of deceit is sweet to a man; but afterwards his mouth shall be filled with gravel." -Proverb 20:1,17

Perhaps you say, "This is a free country and people need to face the consequences of their actions, you can't make everything illegal."  I would agree with that wholeheartedly; however, people have not faced the consequences of their actions.  Drunk drivers rarely receive life in prison for murders committed.  Someone (s) died because of their deliberate negligence, something drastic needs to be done.  If enough drunk drivers started getting LIFE behind bars...many people would start to think hard before chugging down any beer at all.

On www.BeerServesAmerica.com (a pathetic website), the beer industry crows about contributions to society by supplying jobs, economic development, and charitable donations, and the most important part, beer, "America's beverage."  For the beer industry to attempt to paint a pretty picture of their wickedness is an abomination unto God.  It would be like Hitler saying that the holocaust was good because it provided many Germans with jobs, soap, wigs, and less traffic during rush hour.  It is insanity for the beer industry to whitewash their works of darkness (Ephesians 5:11).  The beer industry is a whited sepulcher filled with dead man's bones (Matthew 23:27).  Liquor, booze, alcohol, beer, whiskey, Jack Daniel's, Smirnoff...call it whatever you want...IT'S ALL STRAIGHT FROM HELL!  God is against drunk drivers!  God is against all drunkards!  God is against alcohol being used as a means of having fun.  And we all know someone with an alcohol problem who continually refers to their sinful habit as "medicine."  No, it's LIQUID DEVIL!

Following are links to some of the evils and problems caused by alcohol:

The following Disturbing links are from the National Institute on Alcohol Abuse and Alcoholism:

Single copies of Alerts 25-30 and 32-64 can be ordered by writing to NIAAA or by ordering online.

Alcoholics Anonymous EXPOSED! (the occult roots of AA and their New Age beliefs)